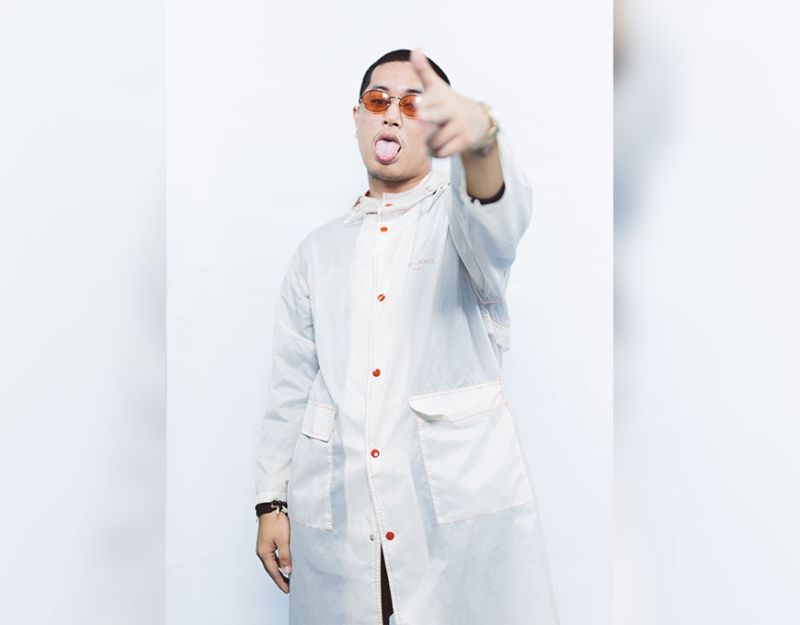 BEING a game changer in the local music scene was something Ulysses “Uly” Agura II had long envisioned.

By now, his hardcore fans recognize him as “Audible Lecter” in the rising local rap act Delinquent Society.

While Delinquent continues to banner Davao’s hip-hop culture to the national spotlight, Uly recalls how he made the right choice of pursuing his musical career.

Growing up, he spent his childhood listening to 90s cassette tape rap acts of Bone Thugs-N-Harmony, 2pac, and Usher.

Before Delinquent was conceived, Uly made his stage debut in the rap battle scene.

Uly, a fan of FlipTop rappers Loonie and Anygma, gave rap battling a shot. But after his second rap battle, he had a sudden realization. “I don’t see myself being in the battle rap scene for too long,” he admitted. He, then, thought of forming his own group.

Before that, he left the country after graduating high school in 2015 to be with his parents in Japan. He worked for an automotive repair shop, before deciding to return to Davao a year after.

During his stay, he was already planning Delinquent’s debut.

“I spend so many nights, thinking what to do with my musical career, I really saved my earnings in Japan so that I could pursue my desired career,” Uly said, admitting that he was financially unstable when deciding to form the group.

In 2016 he formed Delinquent Society.

At first, he was uncertain of the group’s direction, considering that the rap and hip hop community in the city is still not that huge. Adding to his woes are his parents who were still in doubts of his chosen career.

The group had been hitting the studio for two years, working on their debut album “Detour”.

During that period, they had also been performing in small gigs and events, to promote their singles from the album.

“When we started, ‘gangsta rap’ was very hype that time. When we entered the music scene, some were surprised because of our ‘Western-influenced’ sound,” he recalled how some were not used to the way they performed on stage.

“At first, no one took us seriously,” he said. But their drive towards being a distinctive artist had slowly gained a core fan base in the city.

Delinquent’s diverse sound, incorporating the traditional and the modern, made them stand out since no Davao-based artist initially had the courage to explore it.

The group gained a wider success when they launched the music video for “Chico”. Their fanbase had since expanded outside the city after it was launched.

“They were fascinated when they saw the music video. Some were surprised to even know that it was Davao-made,” Uly said.

The boys of Delinquent, later on, landed a collaboration with the likes of Calix and Bawal Clan’s Rjay Ty. James Reid, the other half of JaDine and Careless Music Manila founder, was also impressed with the group’s diverse sound.

Right now, he said they are under negotiations with two major record labels.

Uly still feels the group’s success surreal. But then again, it was what his group envisioned.

With the group defying the norms, he believed that Dabawenyos have what it takes to be successful, whatever field they would enter.

“Hone your talent. Don’t do s**t for money or fame. The rest will just follow. Do it for fun. Do it because you love it, and you are passionate about it,” Uly ended.