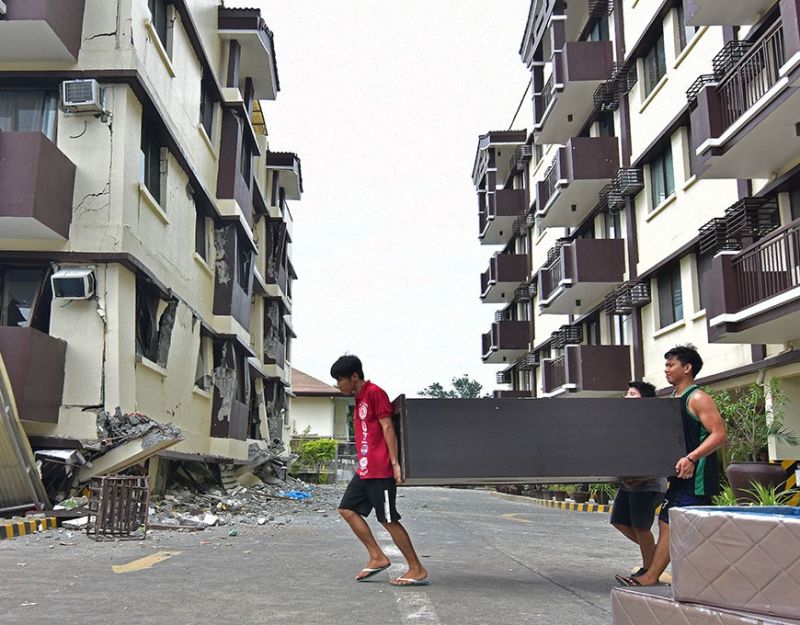 THE Office of the City Building Official (Ocbo) gives seven quake-affected buildings in Davao City issued with notices to vacate until next week to comply with the necessary documents, or they will face possible sanctions.

Ocbo head Grace Catubig, early November this year, said they had initially issued vacate notices to eight building owners to assess and fix the damage of their structures, following the three consecutive earthquakes that struck Davao City October this year. She said the buildings issued with notices are a mixture of commercial establishments and residential buildings.

However, Catubig told SunStar Davao on Thursday, December 5, they already lifted the notice to one establishment as its owner has already complied with the necessary documents, but she refused to disclose the name of its company and the developer.

The local building official, last week, told the media she will be disclosing the full list on November 30.

However, she said she cannot disclose the list as developers are still finalizing their building test and assessment.

“Di mi gusto makahatag sa ila (the public) og (wrong) information (We do not want to relay wrong information to the public),” Catubig said, adding she understands the sentiment of the public.

Although she confirmed that included in those given notices were developers of the Ecoland 4000 and Verdon Parc. Both condominium residences suffered serious damage during the magnitude-six earthquakes that struck the city.

Catubig said Ocbo initially gave these developers five days to evaluate and assess their buildings on November 4, days after the last earthquake was felt in the city.

Her office, again, gave then another 15 days to collate and finalize their evaluation and tests, which would be the basis of Ocbo’s reassessment.

She said some developers already submitted their report. But her office returned it due to lack of some documents.

She added, “Naa nama’y uban nga nag-submit pero dili pa lage kumpleto ilang gipangpasa. Maong sige’g balik-balik ang ilang gi-submit nga report (Actually, they had already submitted. But they lacked the test results of their inspection. That is why we keep on sending back their submitted papers),” Catubig said.

The Ocbo official the “ultimatum letter” was already issued last week to the developers to comply with the requirements.

Catubig said the city will impose penalties to them if they failed to meet the deadline.

“Siguro, amo nasab ni i-refer sa Legal (Office of the City Legal) (We might refer the matter to the Legal office),” she said.

She also said there is a possibility that the Business Bureau Office will hold their business renewal if they will still not comply with the Ocbo’s requirement.

Currently, Ocbo has finished inspecting 53 private buildings such as malls, hospitals, schools, and condominiums as of November 30.

Catubig said her office is still conducting inspection of all buildings, especially high rise ones.

She, however, said the temporarily vacated buildings in their list will not probably increase.