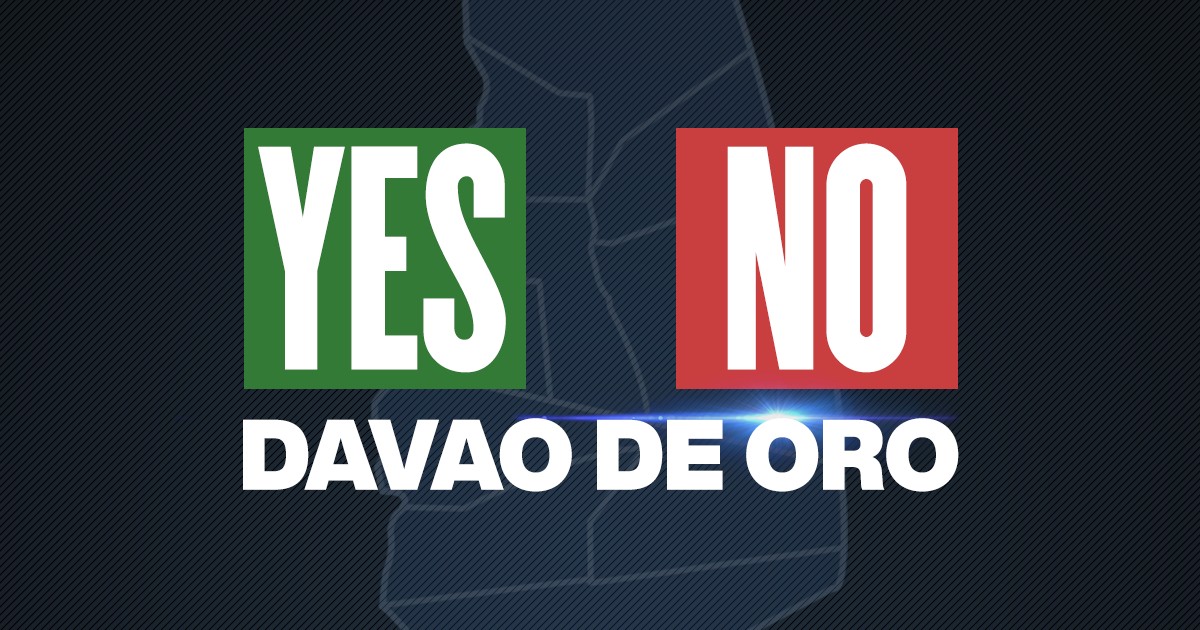 TODAY, December 7, 2019, is the date for the plebiscite for the ratification of the law renaming Compostela Valley (Comval) as Davao de Oro.

However, no matter how hard the Provincial Government of Compostela Valley hypes up the activity and campaign for its ratification, Comvalenyos are still mixed on renaming their province.

Lita Pacheco, a fresh graduate of Bachelor in Science of Business Administration and resident of New Bataan, said for her there is no significance in renaming Comval into Davao de Oro.

“Para sa akoa, wala may mausab, pangalan ra. Parehas gud sa una, under man mi sa Davao del Norte unya hantod nahimong Comval, wala may nausab sa amoang lugar, (For me, nothing is changed, only the name. Same as before when Comval was still under Davao del Norte until it became Comval, there was nothing changed in our place at all),” she said during a phone interview.

Bingbing, Lita’s mother, echoed the same sentiment, saying that they have not felt any changes especially in the economic activity of the province. Bingbing is a banana cue vendor in Tagum City because business is slow in New Bataan.

For Amelito Pilapil, resident of Monkayo, he is against renaming Compostela Valley to Davao de Oro.

But for Lovella Panio, resident of Compostela who is working in Davao City, she said it is a good thing that the province will be renamed to Davao de Oro because the word Compostela is not in any way near the word Davao.

Prior to the plebiscite, Compostela Valley Governor Jayvee Tyron Uy has been campaigning for Comvalenyos to support the renaming of Comval, even creating a political campaign “Yes to Davao de Oro”.

The Commission on Elections (Comelec) has set the information and campaign period for the plebiscite on November 7 and ends on December 5.

Some of the salient points the Comval Provincial Government indicated is that Comval is the only province in Region 11 having no Davao in its name. They want it renamed to Davao de Oro as de Oro refers to the rich and vast gold deposits found in the province, with 10 of its 11 towns have gold deposits.

“Compostela” also reeks of colonialism as the name originated from Santiago de Compostela, the hometown of the first friar who roamed in Agusan River and neighboring communities.

The provincial government also sees that by renaming Comval into Davao de Oro more investments will come as Davao Region has a competitive business environment coupled with stable security, and with it Davao de Oro will also reap or accrue these benefits.

The provincial government hopes that around 70 percent of its around 460,000 registered voters, based on Comelec record during the May 2019 national and local elections, will participate in the plebiscite as they anticipate those who cannot vote because of several reasons, including working or studying in another places.

President Rodrigo Duterte has also declared December 7 as a special non-working holiday in the Province of Compostela Valley to give way for the plebiscite.

Meanwhile, the Police Regional Office in Davao Region (PRO-Davao) is all set for the plebiscite for the ratification of the law renaming Compostela Valley to Davao de Oro today.

PRO Davao spokesperson Police Major Jason Baria is optimistic that the activity today will run smoothly since they have not monitored any direct threat during the plebiscite period and most of the residents in the province are in favor of renaming it to Davao de Oro.

There will be a total of 608 police personnel who will be deployed to the province coming from the Compostela Valley Police Provincial Office (CVPPO) and almost 30 augmentations from the Regional Mobile Force Battalion.

The gun ban is also in place to ensure the law and order in the province.