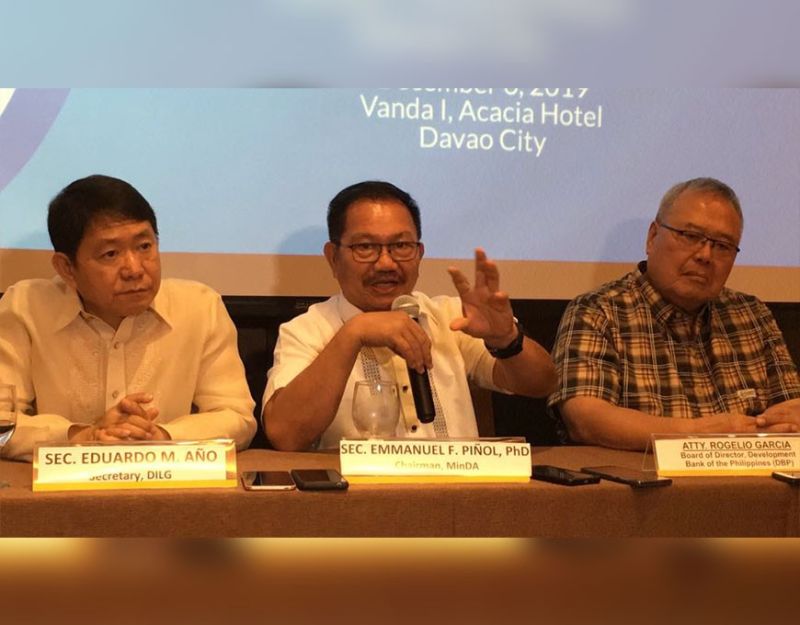 TOWNS in Compostela Valley (Comval) and Cotabato will be among the pilot beneficiaries of the newly-launched Mindanao Water Supply Project of the Mindanao Development Authority (Minda).

In a press conference after the project’s launching on Friday, December 6, Minda chair Emmanuel Piñol bared that Comval has already been granted with an initial funding of P500,000 for the feasibility and engineering study for its bulk water facility. It was taken from Minda’s remaining budget for this year.

But the province will soon receive a funding through a loan from the Development Bank of the Philippines (DBP) for its bulk water’s implementation.

“I have talked to Governor Tyron Uy and Comval is looking at a P300-million loan to provide water to Nabunturan and to other towns. Perhaps that could be the first big project to be undertaken under this program,” he said.

Meanwhile, the quake-hit municipalities of Makilala and Tulunan in Cotabato will also be given a unit of solar-powered irrigation technology and water filtration facility offered by Chinese firm, Hangzhou Yatai Hydro Equipment Completing Co., Ltd.

He said the technologies were first introduced to the City Government of Davao but when series of earthquakes struck Mindanao in October this year, he decided to donate these to areas that badly needed water.

“Siguro estimate namin dyan P10 million per unit so malaking donation ito. Direkta na sa community yung donation (We estimated the cost of the unit to be P10 million so it is really a huge donation that goes directly to the community),” he said.

The Mindanao Water Supply Project is a joint project of the Minda, DBP, and the Department of Interior and Local Government (DILG).

It aims to provide technical and financial assistance to isolated and remote areas in Mindanao for the establishment of their own solar-powered water supply system for drinking and irrigation, especially in agricultural areas.