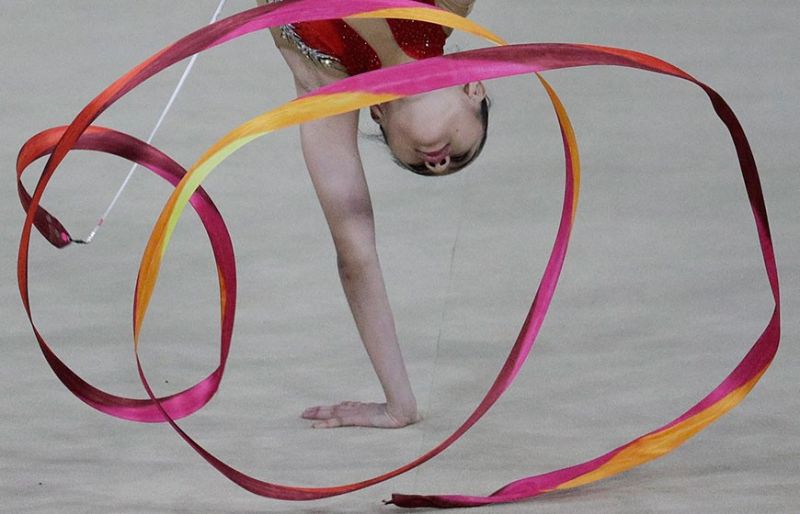 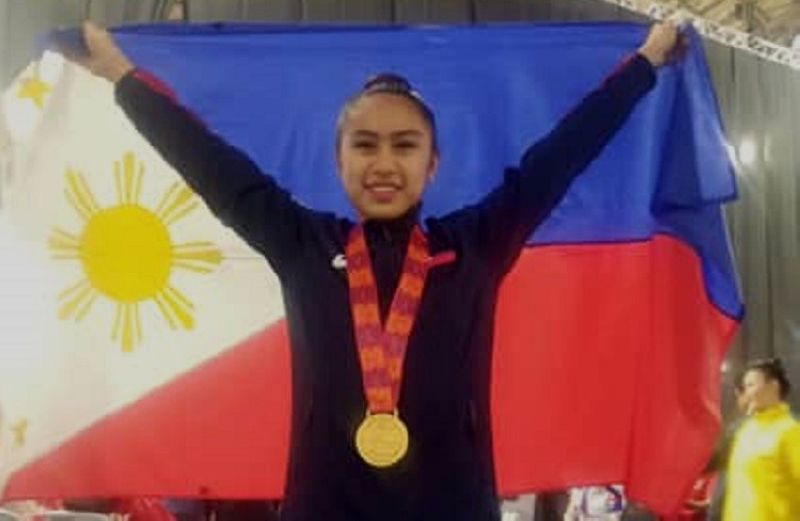 The 16-year-old gymnast from Cebu City won the first gold medal for the Philippine gymnastic team as she displayed her brilliant form and execution in the women’s rhythmic gymnastics hoop event.

“It was great to win this for Cebu and the Philippines,” de la Pisa said moments before the awarding ceremony.

De la Pisa garnered a total score of 17.750 points to win the mint in the women’s side, two days after world champion Carlos Yulo shone in the men’s artistic gymnastics.

De la Pisa, a daughter of a former gymnast and a basketball varsity player, added two bronze medals in the rhythmic gymnastics balls (15.600) and clubs (16.100) to complete a rousing debut in the 30th SEA Games.

Dela Pisa had a humble beginning in Cebu and started to make her name in events like the Cebu City Olympics, Central Visayas Regional Athletic Association and Milo Little Olympics before becoming a multi-gold winner in the Palarong Pambansa.

Before making her mark in the national meets, de la Pisa made a name for herself in Cebu—both inside and outside the sport—and has become an inspiration to aspiring local gymnasts.

De la Pisa battled Stage 2 ovarian cancer when she was four years old, a year after she entered gymnastics. Thankfully, she beat the disease and is now a gold medalist in the biggest multi-sporting event in the region.

Her mother Darlene said the gold medal win came as a surprise and getting it on her first outing at the SEA Games was already beyond expectation.

“My dream for her was to reach the SEA Games. I did not expect that we’re going to win a gold medal. This was the result of all her hard work,” the older de la Pisa said.

The younger de la Pisa had to sacrifice and be away from her family for three months to train in Hungary under the tutelage of Hungarian coach and two-time Olympian Dura Vass. That paid off big time for the Cebuana. Big time.

“Her improvement was really big when she trained in Hungary since September,” Darlene said.

Over the Tagaytay City Extreme Sports Complex, Cebuana Margielyn Didal continued to dominate the women’s skate competition. The Lahug, Cebu City native reigned in the women’s Skateboarding Street category for her second gold medal, following a win in the Game of Skate two days ago.

In taekwondo, Cebu’s Rinna Babanto and partner Dustin Jacob Mella won a silver medal for the Philippines in the mixed poomsae taekwondo event at the Ninoy Aquino Stadium in Manila. The duo garnered a total score of 8.223, scoring 8.300 and 8.166 in two rounds and fell a bit short to gold medalist Malaysia, which scored 8.283 points.