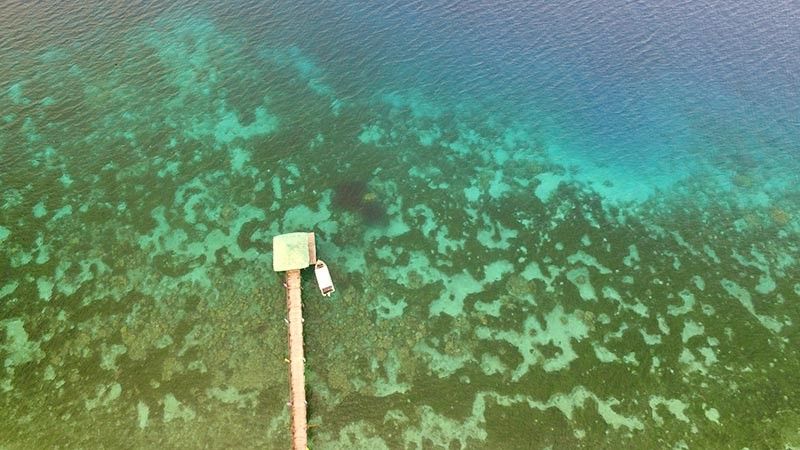 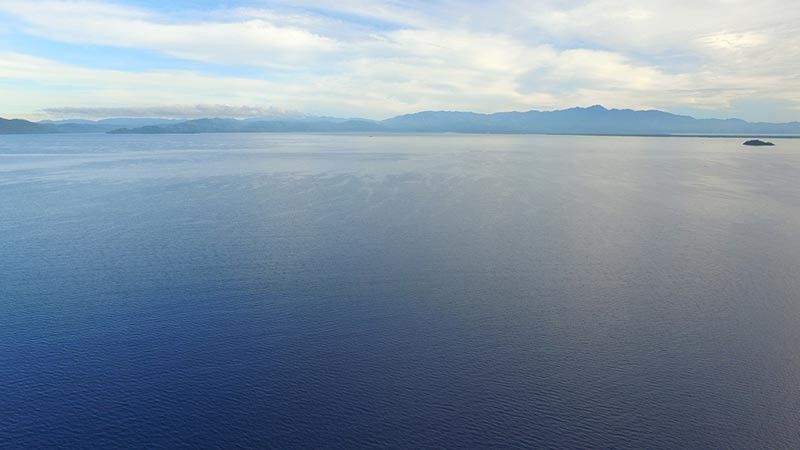 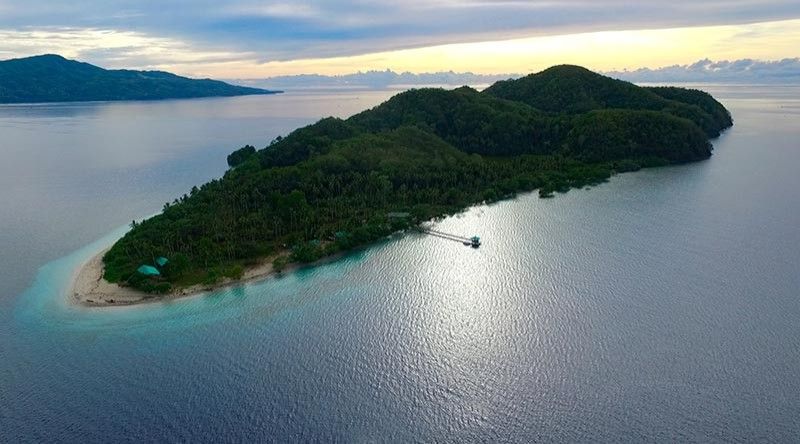 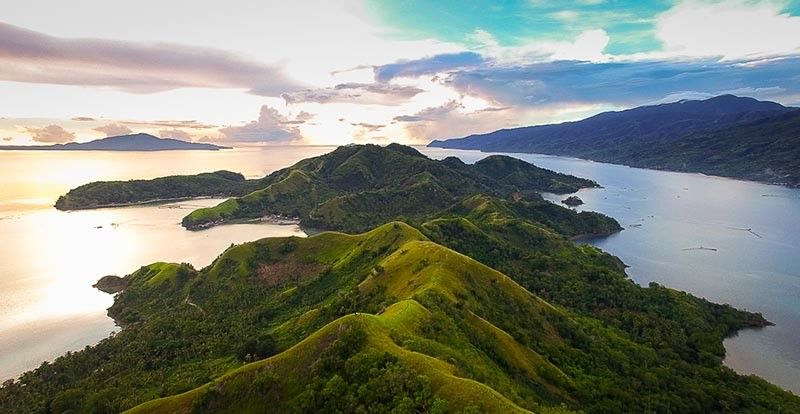 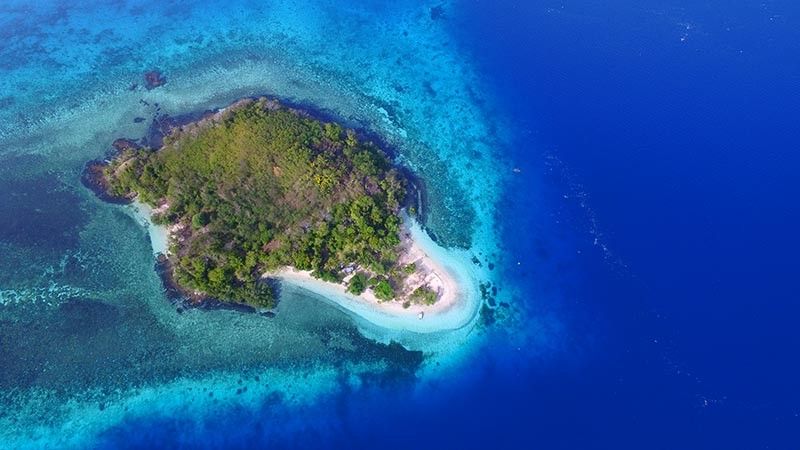 MATI, DAVAO ORIENTAL – Five years after the successful inscription of the Mount Hamiguitan Range Wildlife Sanctuary to the Unesco World Heritage List, the Province of Davao Oriental once again gets international attention by successfully putting Pujada Bay to the world map.

The Pujada Bay in the idyllic capital City of Mati has recently made it to the list of the Most Beautiful Bays in the World (MBBW) as it unanimously got the nod of the members of the MBBW Club during the 15th World Bays Congress in Toyama Prefecture, Japan, held last October.

Although its membership to the prestigious club is yet to be confirmed following the set site visit and inspection of experts, its supporting documents and application were enough to convince the club members of the Pujada Bay’s value as a natural landscape and seascape with rich biodiversity.

The reason for its inclusion lies mainly on its beautiful landscapes and seascapes marked by stretches of white sand beaches in its shoreline and calm turquoise blue waters which is a picturesque site to behold. With mountain ranges at the backdrop, most distinctly by the Unesco-inscribed Mount Hamiguitan Range Wildlife Sanctuary, the Pujada Bay offers a truly stunning beauty that beguiles.

Covering about 20,0887.43 hectares of protected landscapes and seascapes, the Pujada Bay is bounded by the Guang-guang Peninsula in the east and the Pujada Peninsula in the west. Forming a cove, waters within the bay are marked with calmness being protected from the crashing waves of the open sea, an advantage which offers seafarers and fishermen a safe harbor in times of storms.

Within the bay are islets and small islands – two of them the Pujada Island at the mouth of the bay and the Waniban Island are famous and frequented by tourists for their powdery, white-sand beaches and crystal-clear blue waters.

While still part of the mainland Mati City, the Pujada Bay scenery is best described as a rustic natural beauty that offers respite from the hustles and bustles of the urban life.

Aside from its charming beauty and relaxing nature, the Pujada Bay is teeming with rich marine biodiversity. It is home to a host of varieties of fishes, turtles, mangroves, and coral species as well as seagrasses which are food for the critically endangered dugong or sea cow. Occasionally, if one gets lucky, pods of dolphins can be seen frolicking the area, offering an exciting display of mother nature’s best.

Amidst its richness in marine wealth, the Pujada Bay has become a traditional fishing ground not only for a diverse marine life but also for the local Indigenous Peoples – the Mandaya and the Ka’agan tribes who take seriously their role as stewards of this natural gift. Depending on the sea for their livelihood, these IP tribes, for years, have been doing fishing practices that goes in harmony with the conservation and protection of the site even before the creation of government regulating bodies.

Owing to its highly critical value, the Pujada Bay Landscape and Seascape was declared as a protected area under the National Integrated Protected Areas System (NIPAS) through Presidential Proclamation No. 431 in 1994. This was reinforced by Republic Act 11038 or the Expanded National Integrated Protected Areas System Act of 2018 (E-Nipas) approved by President Rodrigo Duterte.

Areas protected under this law are those with “national significance characterized by the harmonious interaction of man and land while providing opportunities for public enjoyment through the recreation and tourism within the normal lifestyle and economic activity of these areas”.

To ensure sustainability and protection of this highly valued natural treasure, the local Protected Area Management Board (PAMB) supervises the use of the bay. Its management includes allocation of spatial uses which include the buffer zone, strict protection zone, ecological tourism, and multiple use zones.

Within the multiple use zone is where the existing economic activities coinciding with protection of the bay is allowed. These activities include ecological tourism along its white-sand beaches and near-shore areas, controlled fish or shrimp farming as well as artisanal fishing activities, and regulated wharf and fish-landing facilities.

However, for the declared Marine Protected Area and in the strict protection zone of the bay, such as sites identified as breeding or spawning ground of fish and other marine species, a no-touch policy is being implemented.

Being a protected area, the economic potentials of the Pujada Bay in terms of ecological tourism is now being seriously looked at to by the provincial and city government amidst the expected surge of tourists and economic activities in the area owing to its highly anticipated membership to the MBBW Club.

The Provincial Government vowed to boost its protection and conservation efforts. “The MBBW vision and mission and all best practices in managing the bays and the seas shall be made part of our governance framework,” said Provincial Governor’s Office Chief of Staff Ednar Dayanghirang who led a team of provincial government officials who were sent by Governor Dayanghirang to Japan to defend the Pujada Bay’s application.

The formal awarding and acceptance of the Pujada Bay to the Club of the Most Beautiful Bays in the World will be held next year in Morocco.

Meanwhile, Davao Oriental Governor Nelson Dayanghirang said that the membership of the Pujada Bay to the MBBW Club will strengthen the government’s efforts to ensure a balance between tourism and environment conservation. (Karen Lou Deloso, Davao Oriental PIO)