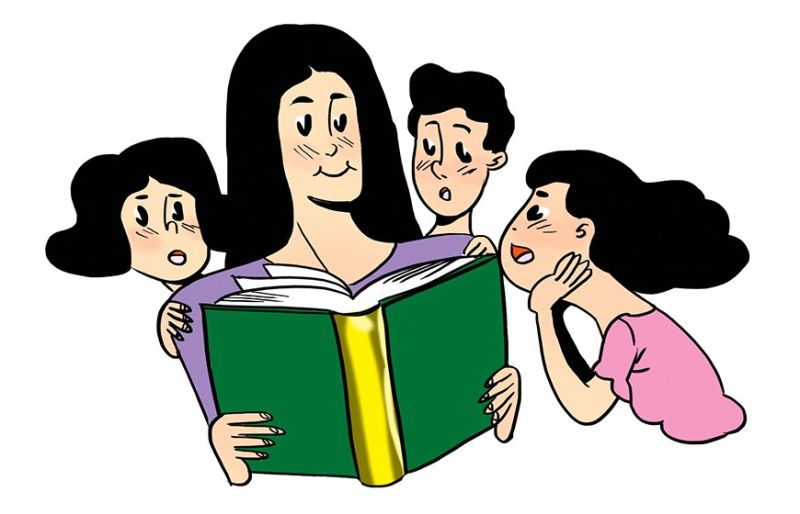 DO TEACHERS still use the stairs to encourage students to read better?

In my grade school and high school days, teachers used to display cardboard stairs on the wall, with each step representing a reading proficiency level. When the school year started, small cards with our names were placed together on the bottom step of this colorful display.

The challenge was to read as quickly as possible all the storybooks and pamphlets that our teachers distributed during the week and to pass the short tests that were meant to check how much we understood of what we had read. Once you passed, the teacher moved the card with your name up to the next step. The point was to get to the top step as soon as possible, long before the school year ended.

That way, you could then be free to do whatever you wanted during the homeroom period, such as read what you really wanted to read. Reading my way up the steps quickly was what gave me the time to master Chinese Garter, but I digress.

A tiny collection of donated books didn’t even fill the library shelves of the public school I attended. Before long, the readers among us grew tired of repeatedly reading about Canadian children who gathered syrup from taps bored into the trunks of maple trees. We had no idea what maple syrup was or how it tasted once those Canadian kids had poured it over freshly gathered snow.

To make up for that dearth of books, we circulated the few books we had pestered our parents into buying for us. Can you believe a Nancy Drew hardback cost only P25 in those days? We glued an improvised borrower’s card on the back of each book and passed our titles around. We didn’t have enough books to check all 50 or so titles in the Nancy Drew collection then, so we made friends with girls who went to private schools and borrowed their books.

These memories of my early reading days came up after I had read about the 2018 reading, mathematics, and science test results released by Pisa, or the Program for International Student Assessment last week. Some 600,000 teenagers from 79 economies took the two-hour test.

Our results were dismal.

Of the Filipino teenagers who took the tests, 72 percent were classified as low achievers, meaning they had not even made it to minimum, or Level 2 proficiency. Less than one percent of our teenagers (0.2 percent) scored enough to reach the top two levels in all three exams.

The tests, by the way, were delivered on computers, so the emerging excuse that our teenagers comprehend less because they spend too much time on computers won’t hold water.

Something else is going on that’s causing our children to miss out on the joy that reading can bring. The sooner we can figure out what’s holding them back, the better. Perhaps we can start by being less distracted ourselves and spending more time reading with the children and teenagers in our lives.

On that score, I’ve had limited success. I’ve persuaded my nephews to finish reading Neil Gaiman’s novel The Graveyard Book, plus a bunch of Minecraft guides and some titles in the Diary of a Wimpy Kid series but that’s about it. If you can share your ideas for encouraging your children to read, I’d love to hear them.

For me, the most distressing part of the Pisa results isn’t that our teenagers ended up on the bottom step of the reading comprehension tests.

It’s this: the teenagers who took the test were asked whether they agreed or disagreed with the statement that their intelligence was “something about you that you can’t change very much.” Only three out of every 10 Filipino teens disagreed. (In contrast, six out of 10 in Singapore disagreed.) That is a self-limiting belief we need to help the teens and children in our lives to overcome.

When’s the last time you read something inspiring with your children?