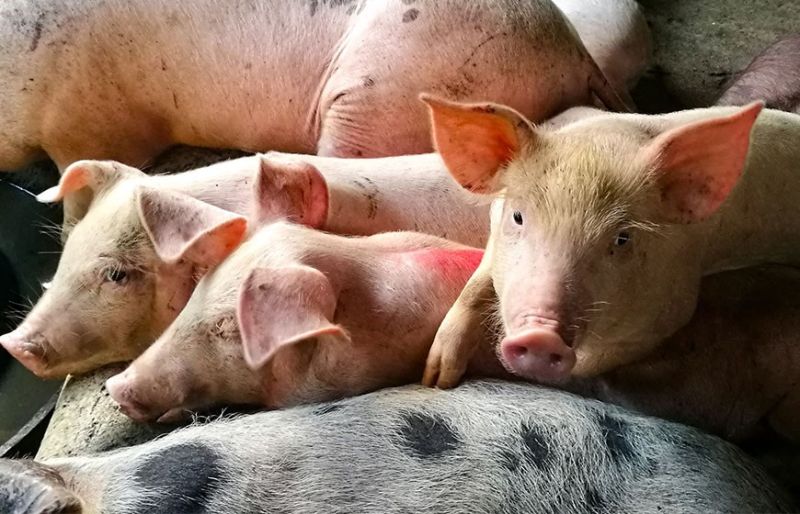 THERE is still a moratorium on new admissions at the Cebu Provincial Detention and Rehabilitation Center, but Gov. Gwendolyn Garcia will make an exception for those who continue to sell pork and pork-related products from known areas infected by the African swine fever (ASF).

The governor issued the warning during the Provincial ASF Task Force meeting on Friday, Dec. 6, 2019, following reports of several establishments in Cebu that continue to sell pork and pork-related products from Luzon and identified ASF-infected countries.

This, despite Garcia’s executive order (EO) and an ordinance banning the entry of these products to protect Cebu’s P11-billion hog industry.

“Just for this (we will accept new inmates) because establishments are too stubborn. We are supposed to stop accepting detainees until we can fully decongest, but I will welcome them to make an example out of them,” Garcia told reporters in a mix of English and Cebuano during an interview after the meeting.

“There are quite a number (of violating establishments). Perhaps they saw that since the holidays are approaching, they can smuggle in pork products. Why? To profit at the expense of the Cebuanos? Don’t just focus on your business and think about your role as Cebuanos, too,” she continued in Cebuano.

The governor issued last Nov. 6 EO 23, which declares as unlawful the bringing into Cebu Province of any and all kinds of meat (chicken, beef or fish) and any kind of food products that have been stored in the same cold storage facility as pork, pork-related products and byproducts sourced from Luzon.

Garcia also extended the ban on shipments of live hogs, pork, pork-related products, by-products and boar semen from Luzon to June 30, 2020, instead of Dec. 28, 2019.

On Sept. 16, 2019, the Provincial Board (PB) passed an ordinance that imposes a minimum penalty of P5,000 and jail term of up to six years for persons who smuggle pork and pork-related products to the province from areas affected by the ASF.

The approved legislation was filed by PB Member Victoria Corominas-Toribio, who heads the committee on agriculture.

During the meeting, Provincial Veterinarian Mary Rose Vincoy said that while their confiscation of pork and pork-related products has steadily dropped for the last three months, they’ve been receiving reports that several establishments that had pulled out their products after being inspected have returned to selling these again.

Vincoy asked the Cebu Provincial Police Office to help conduct another round of monitoring and surveillance as the holiday season draws near and after several regions surrounding Central Visayas had lifted their ban on live hogs and pork products from Luzon. (RTF)