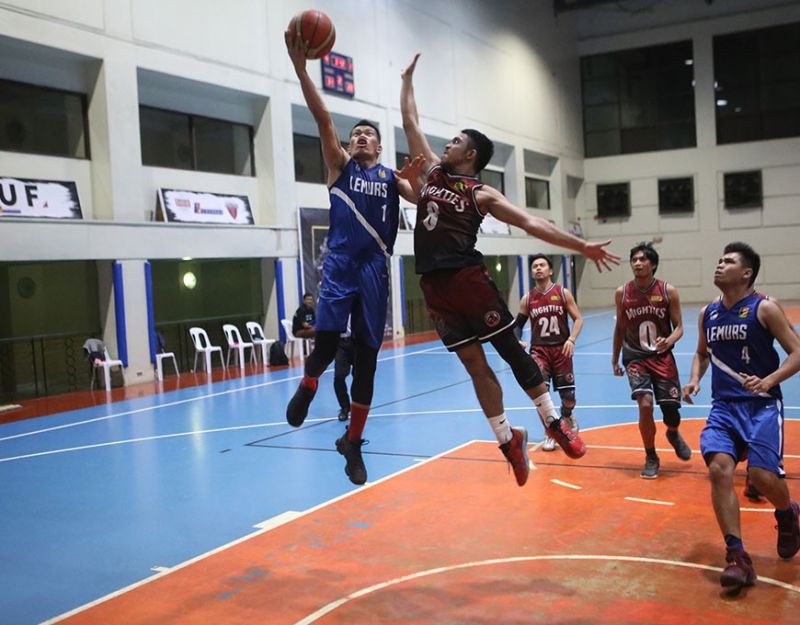 THE top-seeded Contact Solutions Lemurs advanced to the semifinal round in the Evo League division with a 72-68 victory over the Tech Mahindra Mighties in the Tanduay Athletics E-Leagues for Basketball Season 15 at the City Sports Club-Cebu basketball court on Saturday, December 7, 2019.

Joey Juntilla had a double-double of 19 points and 10 rebounds as Contact Solutions fought off a hard-fighting Mighties squad. Bobby Castro had 11 points and five rebounds while Jerard dela Cerna added 10 markers and 10 boards to shove the Lemurs to the next round.

The Tech Mighties actually held a 55-50 lead heading to the fourth canto after a 32-18 surge in the third. However, Contact Solutions kept their wits about them and retaliated with a 22-13 blitz in the final canto to capture the win.

In the other quarterfinal match of the day in the Evo League, the Dynata Warriors ousted the Executive Boutique/SVC Bulldogs, 64-60. Stretching their winning streak to 11, the Warriors got a fantastic game from Tommy Ugsimar, who finished with 27 points, eight rebounds, three steals, two blocks and an assist.

Karl Rubica added 12 points for Dynata, which took a 16-9 lead after the first quarter before withstanding a close duel in the succeeding periods.

In the Elite Classic division, the top-ranked Accenture Sharks dumped the eighth-ranked QBE Generals, 72-56, while the defending champions Sykes Pioneers, who are seeded number two, scored their own convincing win by dismantling the seventh-seed Wipro Tigers, 72-59.

The Sharks and the Pioneers, thus, clinched semifinal seats and inched closer to forging a title rematch.

Sherwin Resilla was the lone Shark to score in double figures with 11 but he had five teammates scoring at least six points.

Earldred Montilla, meanwhile, paced the Pioneers with 18 points, while Dominic Adlawan added 11 markers for a Sykes team that would no longer be having superstar forward Janjan Auditor who will be missing the remainder of the season because of an injured hamstring.