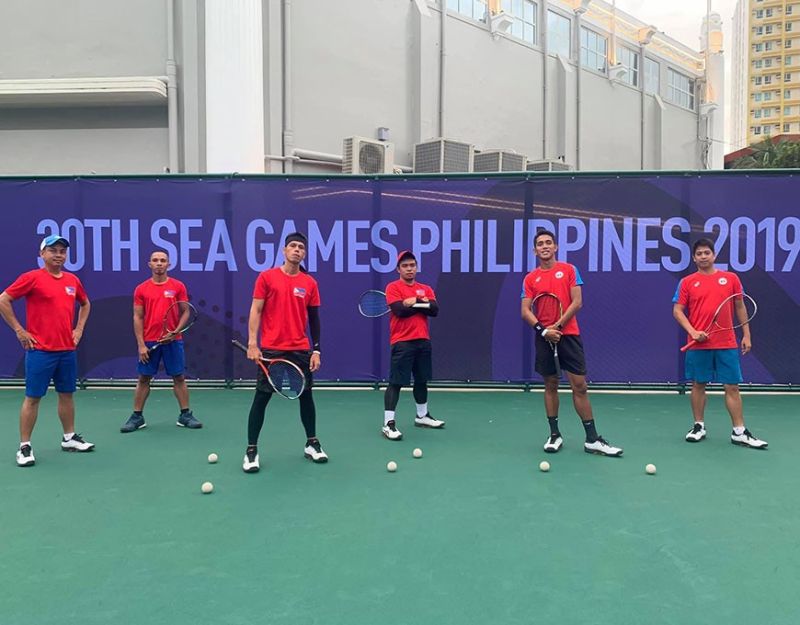 MANILA -- Dabawenyo Mark Anthony Alcoseba's second doubles tandem with Noel Damian saved the day for the Philippines in the men's soft tennis team, which bounced back from a first set loss to beat Laos, 2-1, at the start of the 30th Southeast Asian (SEA) Games action at the Rizal Memorial Tennis Center on Saturday, December 7.

Alcoseba, who is a Philippine Army Private First Class, used to be a pulot boy (ball boy) at the Sandawa and Ecoland tennis courts for six years. Now, he is competing in his first SEA Games since joining the national soft tennis team in 2017.

Alcoseba was eager to play in his SEA Games debut as it would be a privilege for him to bring pride and honor to the country.

(I am excited and proud to play with the flag of our country and to play here. Not only was pressure relieved, but we were also ready for a year of preparation and sacrifice)

The national soft tennis team trained in South Korea for three weeks then spent another two weeks for training and tournament in Taiwan.