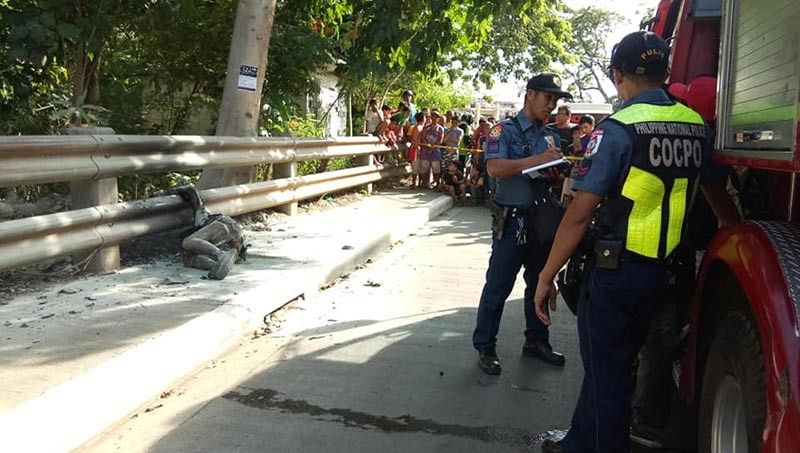 Police investigators are working at a crime scene involving a man who set himself on fire at the road pavement in Rotunda, Cagayan de Oro City, Saturday afternoon, December 7. Police are still identifying the victim. (Photo courtesy: Menzie Montes)

AN UNIDENTIFIED man was burned to death after he reportedly set himself on fire at Rotonda, Cagayan de Oro City, Saturday afternoon, December 7.

Police said a witness saw the man standing on the road pavement and was soaked with a possible “fire accelerant.”

The man, who was wearing a hat and a scarf, reached into his pocket, lit something, and was suddenly ablaze.

Witnesses in the area said the man did not shout for help.

Investigators recovered a lighter beside the man's body.