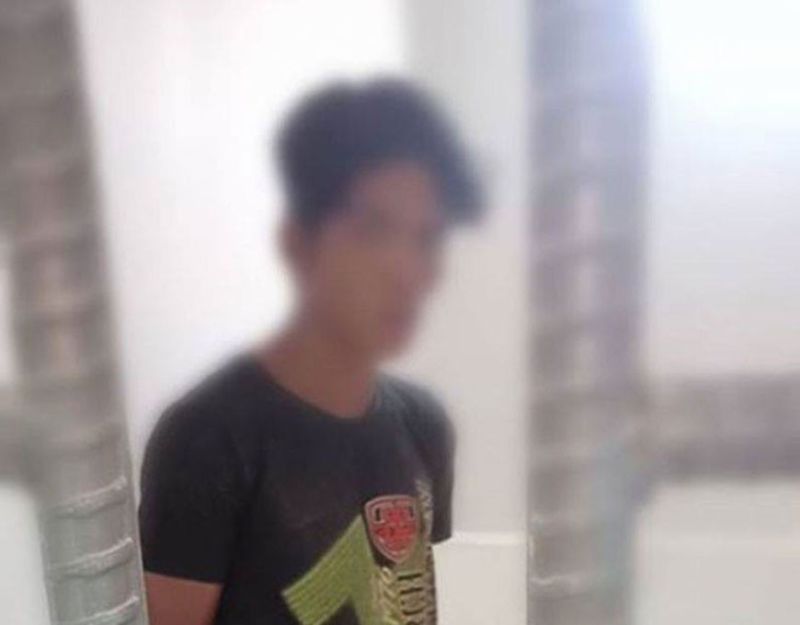 The suspect of beheading a woman and eating her brain was killed after fighting against the authorities on their way back to Talisayan town from an inquest proceeding in Cagayan de Oro City, Friday, December 6. Police said the suspect's body was not yet claimed as of Saturday morning. (Photo courtesy: Menzie Montes)

THE man who beheaded a woman and ate her brain was killed after he allegedly tried to grab a police officer's firearm on their way back to Talisayan Police Station from an inquest proceeding in Cagayan de Oro City on Friday, December 6.

Police claimed that the suspect, Lloyd Bagtong, asked to be uncuffed so he can urinate after the patrol car suddenly stopped at Punta Gorda, Jasaan town due to flat tire.

Jasaan town police chief Police Major Dennis De Los Santos said while the handcuff was being removed to transfer it in front, Bagtong grabbed the policeman's gun and grappled with him.

Police said Bagtong was able to get the firearm and fired towards the police officer, prompting the other police escorts to retaliate.

De Los Santos said Bagtong sustained around four gunshot wounds. Emergency responders tried to bring Bagtong to the hospital but the suspect died on the way.

While it was unfortunate, Talisayan town police chief Captain Maribeth Ramoga said the police escorts only did what should have been done at times when a suspect resists.

The 21-year-old suspect was charged with murder after he admitted to having beheaded a woman and ate her brain for speaking to him in English.

The suspect said he was drunk and hungry when he committed the gruesome crime.

Police believe that the suspect skinned the head of the woman and ate it, including her brain. As of press time, the woman is still unidentified.

According to Ramoga, climbing coconut trees was Bagtong's only livelihood.

He had no records in police for crimes, but there were several instances where he was involved in some incidents that led residents to think he was not in his right mind.

Ramoga said the suspect is mostly alone in his house in Barangay Casibule, Talisayan, since his family lives in a remote area of the same town.