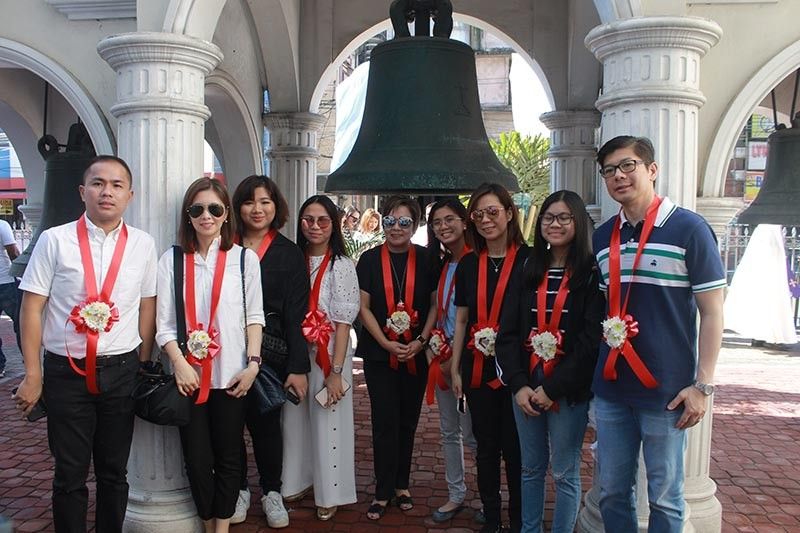 AT THE BELL HOUSE. The Laus Family led by matriarch Tess Laus at the bell house where the decommissioned bells are kept. (Chris Navarro) 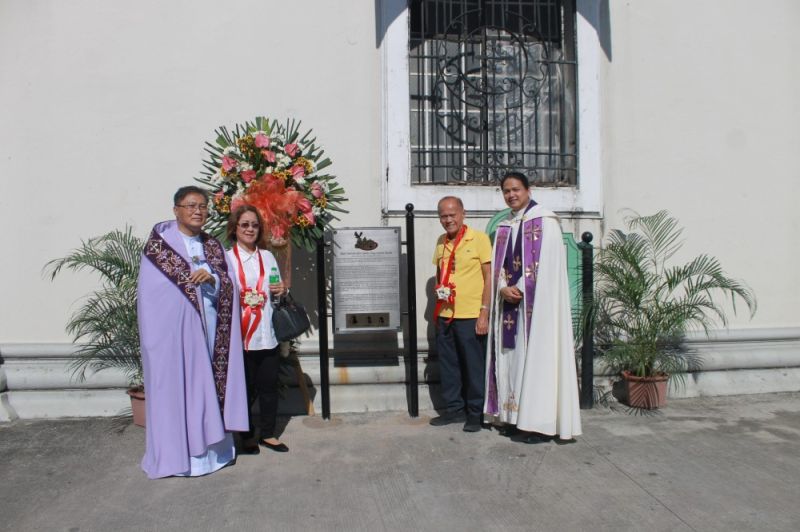 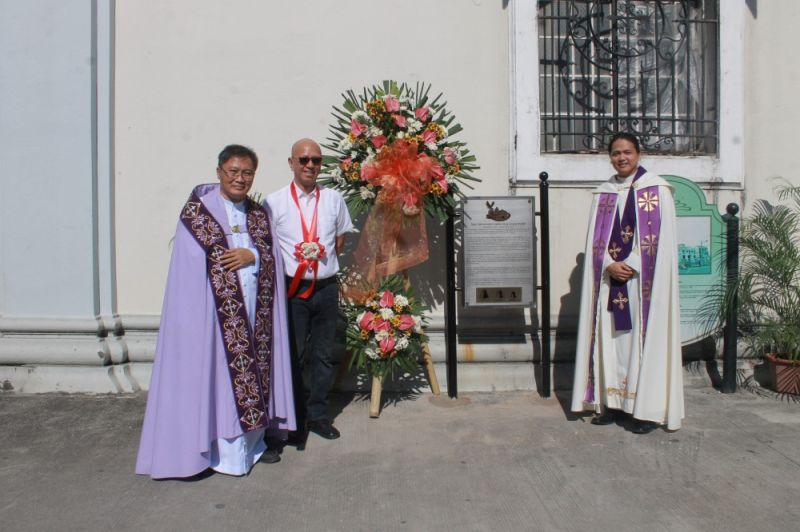 CITY OF SAN FERNANDO -- Donors led by the Laus, Singian-Lazatin, Koh and Quiambao families, together with the San Fernando Cabalen Jaycees, Jaycee Senate and church officials on Sunday, December 8, commemorated the 15th year anniversary of the replacement of the 250-year old church bells of the Metropolitan Cathedral in this city.

The commemoration, which was also a tribute to Church Bell Project prime mover Levy P. Laus, was highlighted by the unveiling of a marker at the foot of the Cathedral belfry, the blessing of the bell house constructed by the Jaycees and blessing of a marker and the refurbished Jaycee island at the city poblacion, also an initiative of the late visionary businessman and civic leader.

“Historically, church bells toll to call the faithful to prayer; to herald good news; to mark times of celebration; to send across signs of honor or sadness; to warn of disaster; and even to announce time of the day or night. It was said that the boundaries of a parish were defined by how far the sound of its bells could reach. Thus, church bells also united each Filipino community,” she shared.

“The waning peal of the centuries-old bells of the Metropolitan Cathedral in the City of San Fernando, battered by time, hundreds of years of wear and tear, and they were in bad condition and almost non-functional. Thus, concerned civic leaders, who got wind of their sorry state, sought to revive old memories by bringing the church bells back to life. Leading the revival, or by turn of events led to a replacement campaign, were San Fernando Heritage Foundation founding trustees Chairman Levy P. Laus, President David L. Jimenez, as well as Senen P. Quiambao, Antolin P. David, Antonio O. Koh, Quirino T. Kehyeng, and historian Ivan Anthony S. Henares,” Laus-Velasco futhered.

“The church bells project actually struck a chord with the members of the young foundation. My father Levy P. Laus himself remembers going up the belfry of the Cathedral as a young child growing up in San Fernando. And hearing the bells peal again would elicit good memories and call the San Fernando community back to its roots,” she added.

On December 8, 2004, after months of meticulous deliberations, three new church bells donated by the civic leader-families, were blessed in solemn ceremonies by Archbishop Paciano B. Aniceto together with all the parish priests of San Fernando, the trustees of the foundation, the donors and their families, as well as city officials led by then Mayor Oscar S. Rodriguez.

And during the early hours of December 16, 2004 -- the first “Simbang Gabi,” the new church bells sang again, to the joy and delight of the faithful, after then President Gloria Macapagal-Arroyo led the inauguration with the donors and officials.

“Fifteen years ago today, the Feast of the Immaculate Concepcion, we commemorate and pay tribute to the leaders and their families who unselfishly shared their blessings just to preserve history and the unity that the church bells symbolized. We renew our commitment to follow the way of those who took the steps before us as we join in blessing anew and unveiling the Bell House and the Jaycee Island markers, and keeping the flame of faith burning in our hearts. We hope that we remember those moments each time the bells peal,” Laus-Velasco said.

Jaycee Ed Johnson narrated that aside from the concerted efforts to let the three church bellas ring again, Laus also spearheaded the establishment of the Jaycee island located at the back of the Metropolitan Cathedral.

“It was in 1983 that the Jaycee island in this city came into being. Just like the Church Bell Project, it was the brainchild of Jaycee Senator Levy P. Laus. What is important to note is that you will find an inscrition there that says San Fernando will become the business capital of Central Luzon. And look at the city now as he envisioned