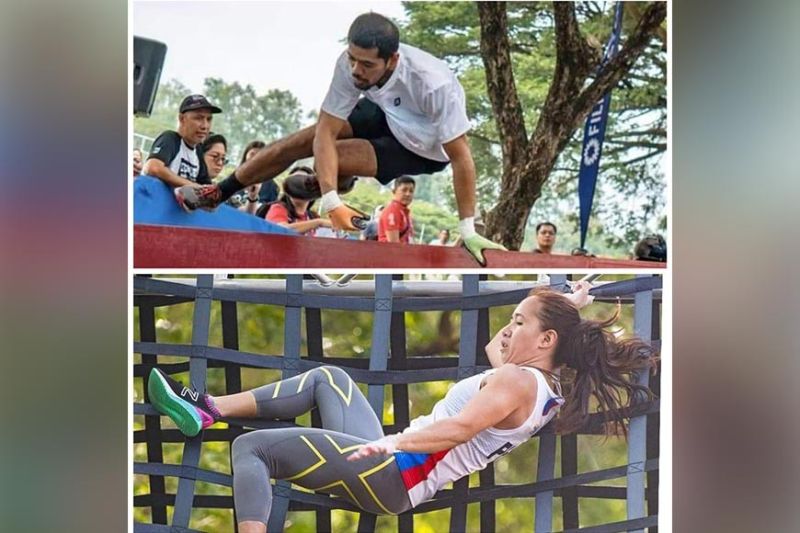 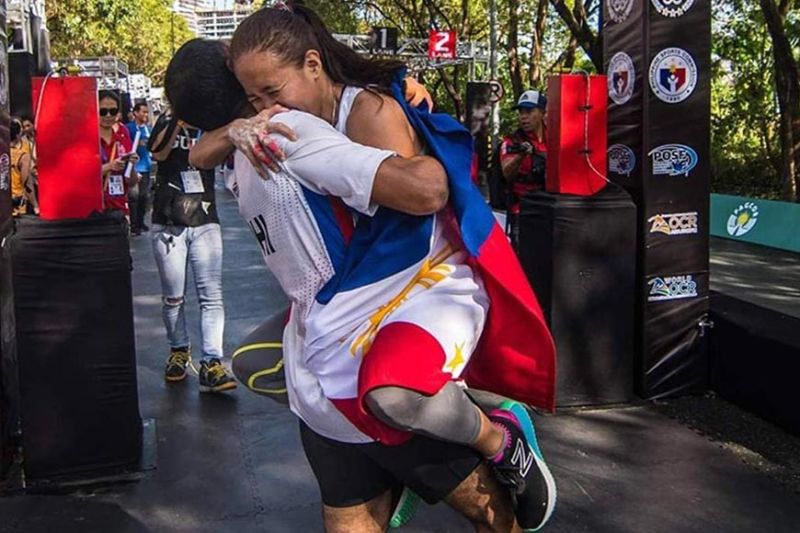 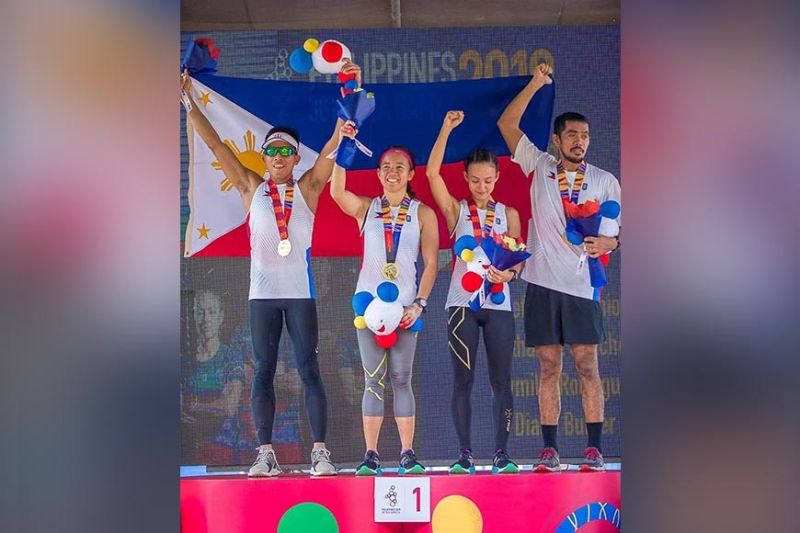 Philippines beat Malaysia in the finals in just a second.

Rodriguez, 30, who hails at Palm Village in Bo. Obrero, for her part, said: "It feels worth it yung sacrifices, leaving Davao to train in Manila. Super happy to bring home gold not just for the Philippines but also for Davao."

Obstacle course racing (OCR) was only introduced in this SEA Games but the sport has started in the country three years ago after Pilipinas Obstacle Sports Federation, headed by lawyer Alberto Agra, was formed. Sanchez began playing OCR in 2017.

OCR is a competition where athletes will race in 100m, 400m, five kilometers and 100 miles with physical obstacles along the way like monkey bar, balance beam and rope climb, among others, which requires upperbody strength, grip and endurance. Whoever finishes first will be declared winner.

Sanchez is currently a world OCR level coach at Pretty Huge Obstcles in BGC Taguig where the national team also trained for the biennial meet.

He loved playing even as a child since his family resided in far-flung part Tugbok and there was no electricity.

He dedicated his feat to Aban and Sanchez families, Barangay Biao Guianga, Jenate, Los Amigos National High School, AMA Computer College Davao, colleagues and classmates, Crossfit Madayaw family, Davao Golden Hardware family, Davao City and the Philippines. He also cited those who supported him behind the scene, back when he has to solicit funds for his competitions.

Rodriguez, meanwhile, only joined the national OCR team but she's been playing the sport for over a year now.

The young architect, who owns Happy Fit Nutrition Hub, shared, "OCR is a mix of two sports I love - climbing and running."

She said team work was their edge in defeating Malaysia in the championship.

Her family in Davao who gives her strength, God and the country motivated her to give her best in the race.