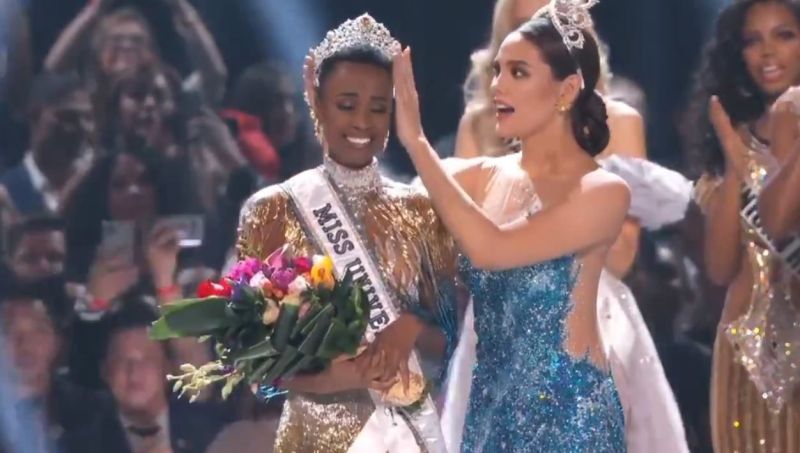 Madison Anderson of Puerto Rico was 1st runner-up and Sofia Aragon of Mexico was 2nd runner-up.

In the final word round, host Steve Harvey asked the three remaining contestants, "What is the most important thing we should teach young girls today?"

Tunzi gave a firm answer that leadership is what girls should be taught.

In the closing statement portion of the competition, the South African beauty gave a speech on loving one's skin color and embracing true beauty from within.

""I grew up in a world where a woman who looks like me, with my kind of skin and my kind of hair is never considered to be beautiful and I think that it is time that stops today. I want children to look at me and see my face and I want them to see their faces reflected in mine."

The Philippines' Gazini Christiana Jordi Ganados ended her journey in Miss Universe 2019, landing a spot in the top 20.

Ganados won the national costume competition, which stirred controversy after Malaysia was wrongly named the winner by Harvey. Her win was announced on Twitter, hours after the competition. Ganados' dress was designed by Cebuano couturier Cary Santiago, inspired by the Philippine Eagle.

The Talisay, Cebu native would share during press interviews of her desire to see the country form initiatives in taking care of its senior citizens.

The 68th edition of the Miss Universe was paticipated by 90 countries and territories. (JGS)