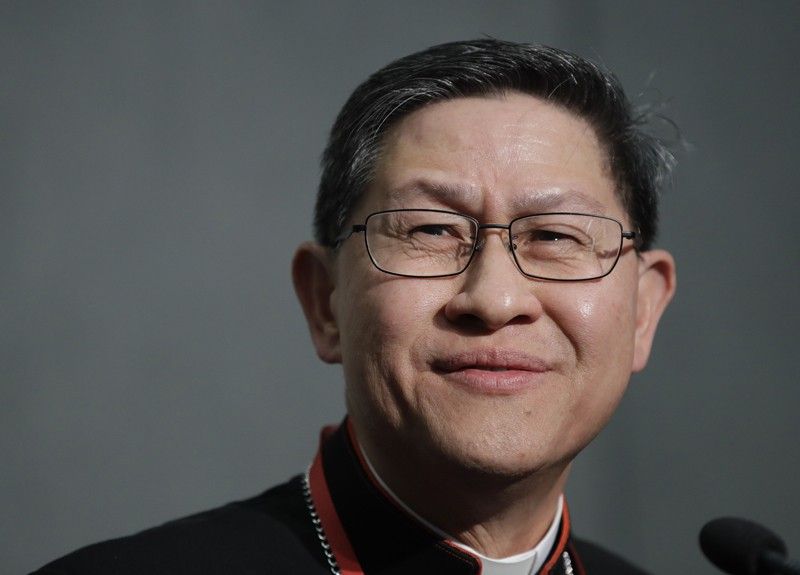 VATICAN CITY. In this October 23, 2018 file photo, Manila Cardinal Luis Tagle smiles as he listens reporters questions during a press conference on the Synod at the Vatican. The Vatican announced on Sunday, December 8, that Pope Francis named Manila's Cardinal Tagle to a major Vatican post, the Congregation for the Evangelization of the Peoples, in a move that could boost the Asian prelate's chances to perhaps someday become pontiff himself. (AP)

VATICAN CITY -- Pope Francis has named Manila Cardinal Luis Antonio Tagle to a major Vatican post, in a move that could boost the Asian prelate's chances of perhaps someday becoming pontiff himself.

The Vatican announced on Sunday, December 8, that Tagle, 62, will head the Congregation for the Evangelization of the Peoples.

The appointment of Tagle as prefect of that office highlights the attention that Francis is giving to the church in the developing world.

Vatican observers have long tabbed Tagle as having the qualifications of a “papabile,” churchmen widely considered to have the makings to potentially be elected pope someday by their fellow cardinals.

Tagle was raised to cardinal's rank in 2012 by Pope Benedict XVI. The Philippines is the country with the most Catholics in Asia.

Transferring Tagle to the Vatican will give the prelate experience in the Holy See's operations. (AP)