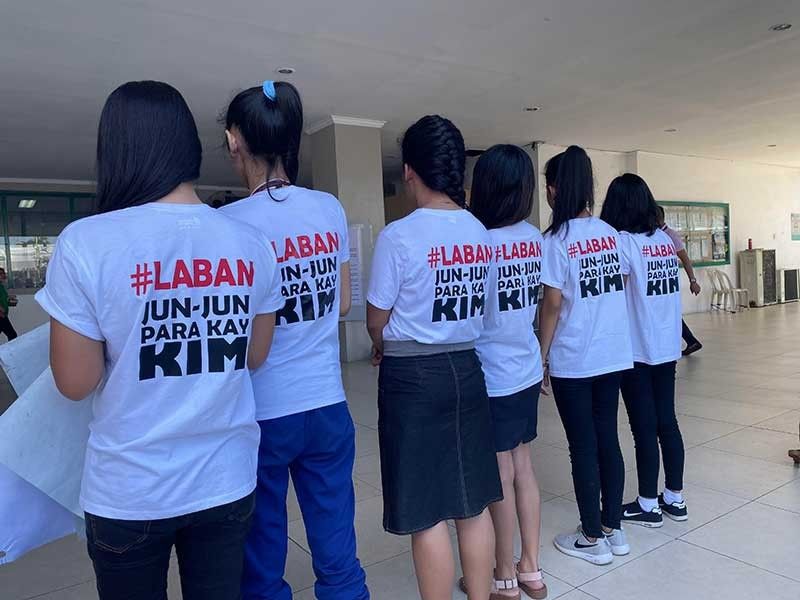 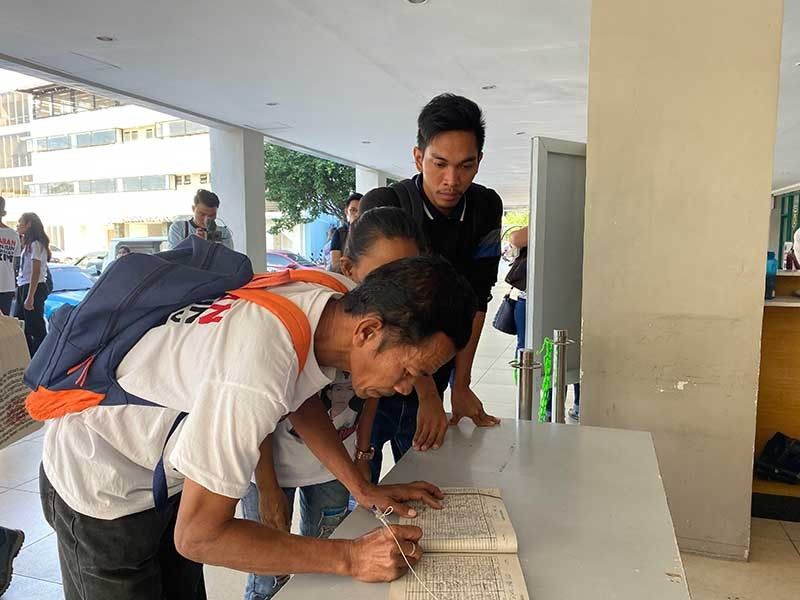 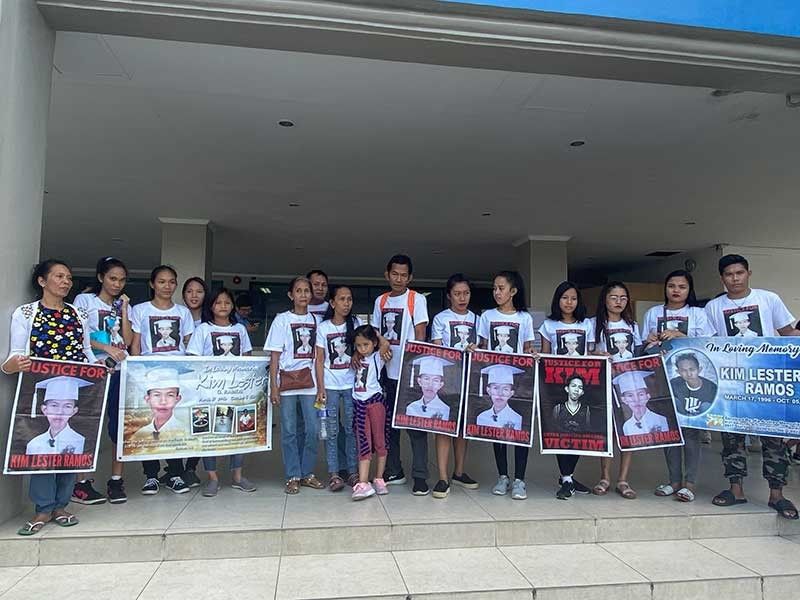 CHARGES of murder and frustrated murder were filed against a Marikina policeman who shot dead a 23-year-old construction worker whom he accused of being involved in illegal drugs activities.

The family of Kim Lester Ramos, wearing which T-shirts printed with a photo of Kim, flocked to the Marikina Hall of Justice Monday, December 9, to file the charges against intelligence officer Police Corporal Herjonner Soller.

The victim's father, Norman, charged Soller with murder and planting of evidence.

Another complainant, whom legal counsel Angsheline Bacudio refused to identify, filed charges of frustrated murder against the policeman.

Soller had also filed charges of direct assault and attempted homicide against Lauro Lagarde, a childhood friend of Kim who survived the shooting.

Lagarde narrated that he, Kim and another friend Johnny agreed to have dinner after playing basketball on October 5, 2019.

While he and Kim were sitting on the sidewalk waiting for Johnny, a man on a motorcycle passed by and told them, “tigil-tigilan nyo na ang pag-aadik ninyo (stop using illegal drugs)". The man was Soller.

(When I saw the man at the intersection, I confronted him and asked, "Sir, why did you tell us to stop using illegal drugs?)

(I was not done talking yet when he pulled something and pointed it at me. I brushed his hand aside and a shot rang out. My entire body went numb and I fell towards the gutter. I saw that Kim was shocked and I told him to get help. Kim ran away to seek help but the policeman chased and shot him.)

A bullet from the policeman's gun pierced the back of Kim's head and exited through his eye.

Lagarde said the man checked on Kim and then returned to where he was sprawled on the gutter.

(I played dead out of fear that he would shoot me again.)

Only when several people approached the scene that Lagarde moved and reached for his phone.

The policeman, however, grabbed his phone and said he did not have the right to ask for help because he and Kim were criminals.

Norman arrived at the scene minutes after the incident and found his son lying lifeless on the street.

He said the police stopped him from approaching his son.

Norman belied the police’s claim that his son had a gun and tried to hold up the police.

(We were at the scene for a long time and there was no gun beside my son's body. But suddenly there was one and the police claimed that my son and his friends were holduppers.)

(It's not true. My son was a good boy. I also know his friend because they have been friends since childhood. They have been helping our family. They couldn't have done what the police accused them of doing.)

In a police report, Soller claimed he was undertaking surveillance operations at around 6:30 p.m. of October 5 when he chanced upon four men loitering in a dark corner of the street.

He said he approached the four men, introduced himself as a cop and asked them what they’re doing.

Soller claimed one of the men responded to him in an impolite manner which prompted him to just leave the area.

He said two of them, supposedly Kim and Lagarde, followed him on board a motorcycle.

Soller said they tried to snatch his bag which prompted him to fight back and shoot the two friends.

With the complaint lodged against Soller, Norman said they are hoping to win the case and attain justice for Kim.