Editorial: Give them space 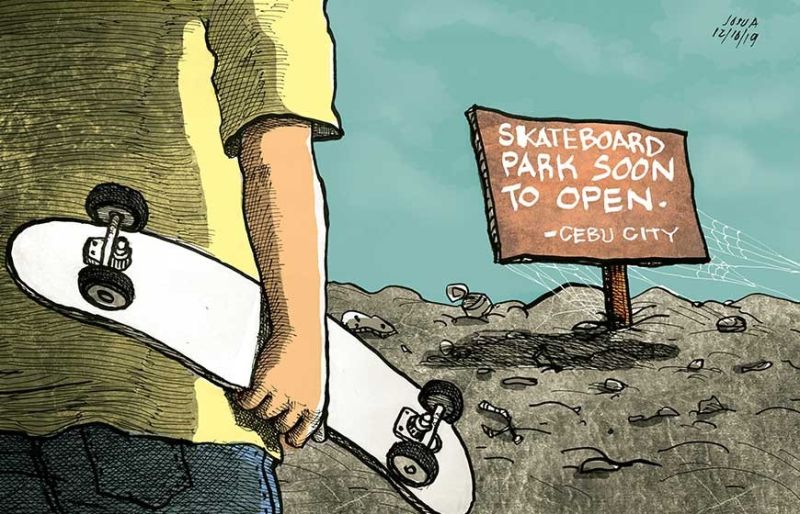 HAD Margielyn Arda Didal not won a gold medal in the 2018 Asian Games, the Cebu community would still regard those bunch of street skateboarders as nuisance. Competing with speeding cars and running from traffic enforcers and cops, these skateboarders were perpetually treated like little, pesky rascals the city streets would be better without. But Didal it was who trained serious public attention to the sport. Then Cebu City mayor Tomas Osmeña promised to build a skatepark, with sister Minnie Osmeña willing to shell out P5 million for its construction.

This time, in the 30th Southeast Asian Games, two of ours get the gold: Didal and Daniel Ledermann. The recognized sport will be represented in the 2020 Tokyo Olympics for the first time. The two are definitely poised for that bigger competition. While at that, the twin victories once again bring out into the open the construction of a skatepark, the City Government’s promise that remains undelivered to this day.

They want to discuss the establishment of a temporary site where enthusiasts to the sport can train.

“We would like to request for a dialogue with you (Labella) and the concerned public officials and agencies to explore other temporary sites that may be suitable for the designation of an area for skateboarding activities until we all come up with a better plan that will benefit the government, the people of Cebu City and the community altogether,” the letter read in part.

The proposed skatepark, supposedly in the Fort San Pedro vicinity, was bumped off as construction is not allowed inside a heritage zone.

Labella said he will invite the skateboarding community to discuss concerns and find a more suitable site for a skatepark. He said the City will have to allocate P15 million for its construction.

Meanwhile, Cebu’s dancesport pair of Aunzo and Pearl Marie Cañeda had hauled triple gold medals in the recent SEA Games. The City is well on its 21st year of supporting the sport through its grassroots program. Apparently, it had not failed to deliver its promise.

Skateboarding had delivered despite the dearth of support from government. It will definitely do better with one.