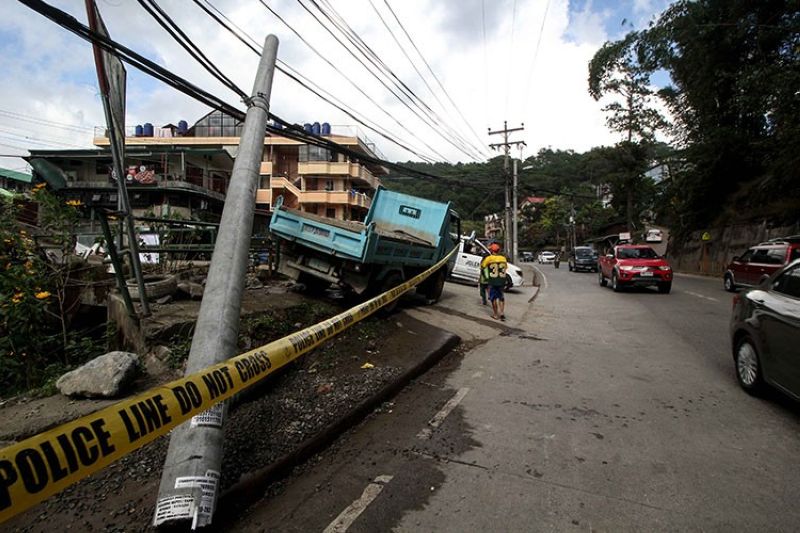 BAGUIO. A police line is placed along Camp 7, Kennon Road after an unfortunate incident involving the blue truck and a teen on Saturday morning, December 7. (Jean Nicole Cortes)

A SIXTEEN-year-old girl was severely injured and is in critical condition after a truck lost its brakes and hit her.

"The elf truck bearing the plate number XKS-466 was going up towards Baguio City and was loaded with sand and gravel," Panabang said.

He said while the truck was traversing the road, it lost its brakes and was forced to slowly reverse. However, it hit an electrical post where the victim was walking at the time.

The victim, later identified as Melody Martinez Delos Santos, was rushed to the Baguio General Hospital and Medical Center for treatment while the driver, Bernard Gomez Brillo, is currently under the custody of BCPO Station 8.

"We would like to remind the drivers and motorists that before using their vehicles, they should make sure that their vehicles are in good service or to make sure that it is being serviced regularly so that we can prevent these kinds of accident from happening," Panabang said.

The scene, however, did not cause traffic as it was immediately cordoned off and cleared to traffic by operatives of BCPO Station 8.