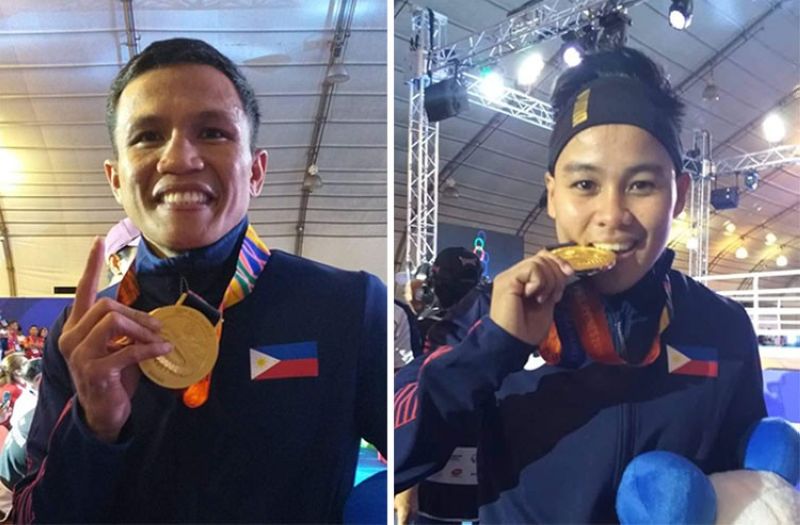 The 27-year-old Petecio was aggressive from the start but her coach Nolito Velasco tried to calm her on the side.

“Nanggigil man gud ko Ma'am kay sya nagpildi nako atong 2013. Pero ana si coach dapat timing lang. Pero gigawas nako tanang power nako sa sumbag (I was eager to beat her because she defeated me in 2013 but coach told me to take it slow and get the right timing in throwing punches. I gave all the strength and power I could muster),” Sta. Cruz, Davao del Sue native Petecio, whose amateur boxing career started in Davao City, told Sun.tar in an interview after the fight.

She thanked God, her coaches, her Abap family, Philippine Sports Commission, her family and friends, and those who came to support her.

“Kung unsa ko kalipay tong midaug ko sa Aiba World, ingon ato sad akong kalipay karon. Para jud ni sa akong pamilya (I’m as happy as when I emerged champion in Aiba World. This is for my family),” she said, adding that her next tournament will be a qualifying in China in February.

It can be recalled that he turned professional but was asked to join the national team for this biennial meet. “If matagaan usab og higayon para mudula sa nasud, igrab nako. Mapa SEA Games or Olympics (If given the chance to play for the country again, I’ll do it),” he said.