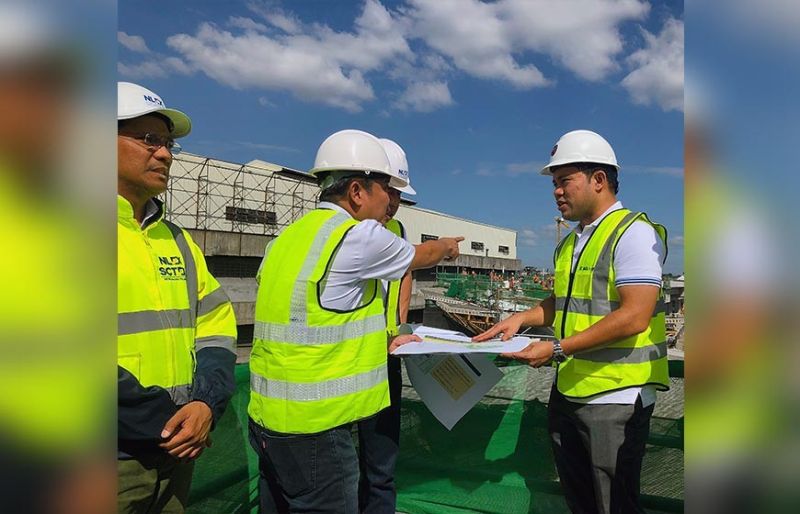 Villar inspected on Monday, December 9, the progress of the ongoing construction of the 2.6-kilometer Harbor Link here.

"The Harbor Link is about 65 percent complete and we will be opening the Malabon ramp on January 2020," Villar said during the inspection.

Full completion of the R10 Section will be on March 2020.

"We are glad that these public-private partnership (PPP) projects which are major components of the Duterte administration's 'Build! Build! Build!' infrastructure program, are making good progress," Villar said, as he highlighted that these elevated and integrated expressways projects will be game changers.

Strategically interconnected at the new Caloocan Interchange along C3/5th Avenue, the twin expressways are seen as urgent infrastructure solutions expected to provide relief to the thousands of commuters and motorists challenged by Metro Manila's daily traffic.

Villar, together with NLEX Corporation president and general manager J. Luigi Bautista, also witnessed the full blast foundation works of the first five-kilometer section of the NLEX Connector expressway at the new Caloocan Interchange. The section will extend to the future Sampaloc Interchange near España Boulevard, Manila.

A total of 223 piers will be built to support the all-weather, all-vehicle NLEX Connector which will eventually interconnect with the Metro Manila Skyway Stage 3 in Sta. Mesa, Manila.

Upon completion of the NLEX Connector, travel time from NLEX to SLEX will be reduced from the usual two hours to approximately 20 minutes.

The PNR right-of-way is being shared by the NLEX Connector and the North South Commuter Railway (NSCR), which is also under construction.

Villar also affirmed the government's commitment to turn over the remaining ROW of the projects to fast-track the completion of this vital infrastructure.

An important feature of the project is a new off-ramp that will bring motorists directly from the NLEX to Dagat-Dagatan in Malabon City.

The harbor link is intended to facilitate direct access between the port area and North and Central Luzon via the NLEX.

Motorists, especially those in the commercial trucking sector, will enjoy a hassle-free elevated expressway alternative to the choke points of Edsa Balintawak, A. Bonifacio and C3/5th Avenue. It is also envisioned for truckers who will be spared from the truck ban and subsequently experience quicker turn around.

The NLEX Connector and Harbor Link projects are two high impact PPP projects that are seen to boost the productive capacity of the economy, create jobs, increase incomes, and help ease traffic congestion in Metro Manila.