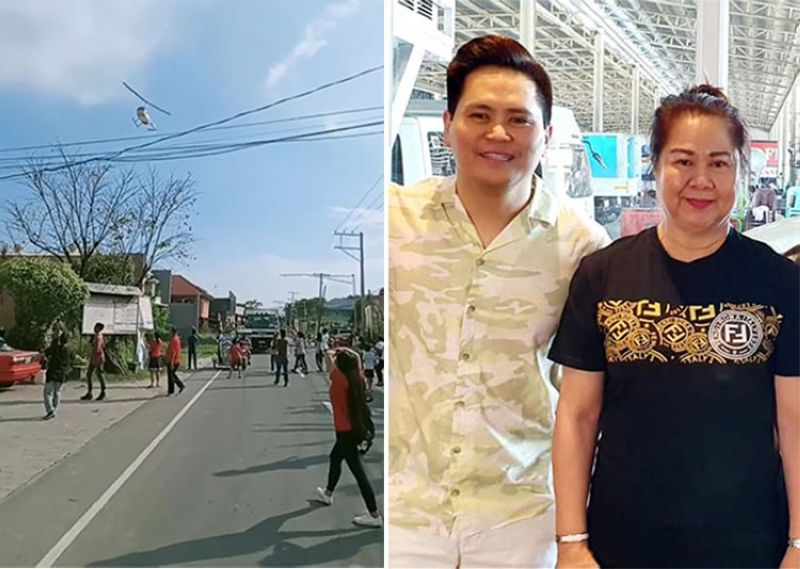 STO. TOMAS -- It literally rained money in this town over the weekend after businessman Raymond Ronquillo showered folks here with cash from the sky as early Christmas gifts to his kabalens.

Several videos, which captured the activity from different barangays of this town, went viral on Facebook, with some garnering thousands of views, likes, shares and comments.

Ronquillo said his reason for giving out early Christmas gifts to Tomasians is three-fold: to show gratitude to those who joined them in mourning his father's death and their continuous support to his mother's administration; to share his blessings for the fruitful year of his businesses; and to emulate the generosity which his father has been known for.

"Since I will be out of the country on Christmas, I asked my mother if I can do it this early and she agreed. We coordinated with the local government to ensure that our kabalens will be safe throughout the activity," Ronquillo said.

Aside from the aerial activity, Ronquillo also gave away aguinaldos or bonuses to children in this town and those from around his office in San Simon.

"My late father has always been doing this. He sometimes just takes children in his pick-up and eat goto in the street, and I want to do it also because that is why I promised them during his burial that the support and care of our family to the people will continue," he said.

"It is very overwhelming to see their smile and joy. It made this whole activity more meaningful for me and I am very much grateful to them for their support," he said.

The 41-year-old Ronquillo is the owner of R33 Cars and Limos located in Quezon City, R33 Trucks located in nearby San Simon town, R33 Aviation at the Domestic Airport in Pasay City, and various restaurants in Manila.