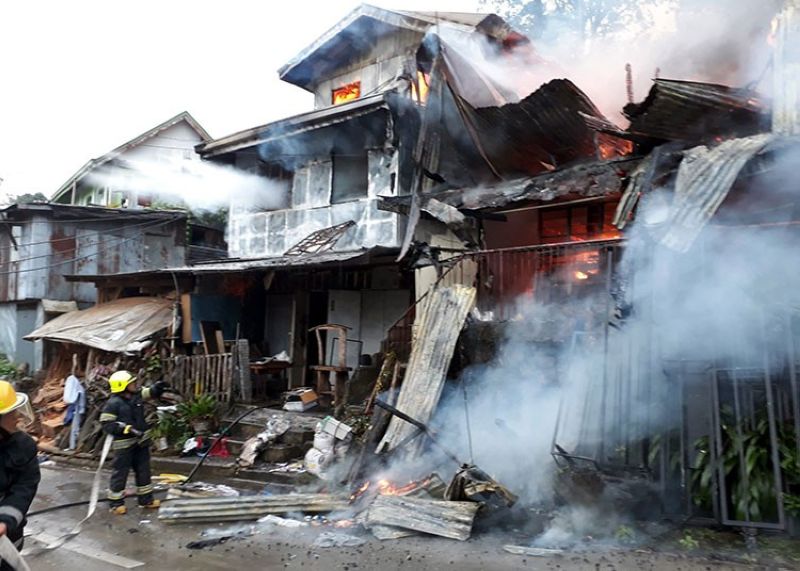 FEW days before Christmas, three families in Tuba, Benguet were left homeless after their houses were razed Sunday afternoon, December 8.

Investigation revealed that around 3:32 p.m. Sunday, December 8, retired police officer and Tuba resident Domingo Caslangen informed the police about an ongoing fire within their community.

Senior Fire Officer I Ricky Manuit said the fire was contained by 4:15 p.m.

One of the victims said the fire started at the room of his father located on the second floor of the house.

Estimated cost of damage is close to P3 million, while the cause of the fire is still being determined as of Monday, December 9.