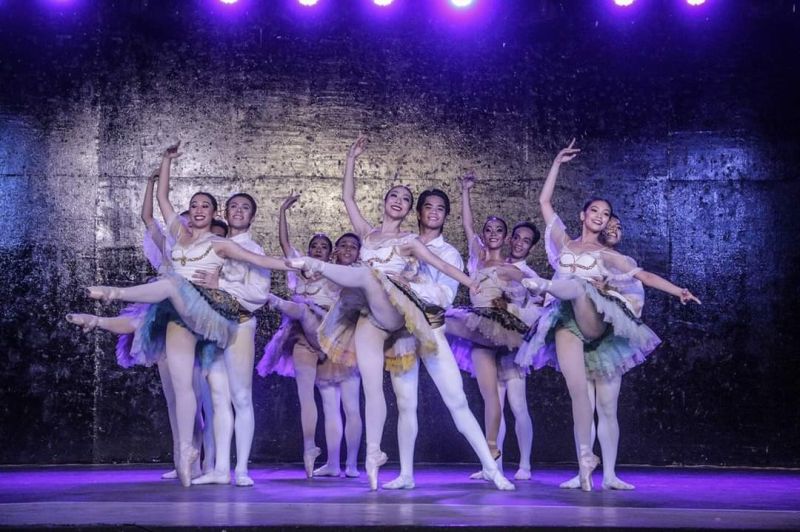 ENTERTAINED, DELIGHTED: Victoriahanons got to see the world-class performance of the Philippine Ballet Theater held at the Don Alejandro Acuña Yap Quiña Arts and Cultural Center in Victorias City on December 7, 2019. They performed there upon the invitation of Victorias City Mayor Francis Frederick Palanca and 3rd District Rep. Jose Francisco Benitez. Their performance is always worth to watch.

A WORLD-CLASS performer, the Philippine Ballet Theatre, has executed with precision, its ballet renditions in Victorias City on December 7, successfully bringing the art of dancing to a large crowd.

This group is known as a resident ballet company of the Cultural Center of the Philippines, which has significantly performed in the national and international tours, exemplifying its Filipino and Western repertoire.

The City of Victorias headed by Mayor Francis Frederick Palanca and the city officials in cooperation with the Office of Congressman Francisco "Kiko" Bantug Benitez and Filipino Heritage Festival brought the Philippine Ballet Theatre to Victorias City, reprising pieces of their performances from their USA 2019 Tour.

They highlighted their performances on the Don Quixote, Flames of Paris, The Merry Widow, Vinta by Gener Caringal, Sa Entablado by Tony Fabella, and Serye at Sayaw Ronilo Jaynario.

Mayor Palanca and Congressman Benitez were delighted to see these world-class performers, giving their best to a bunch of local ballet lovers and enthusiasts.