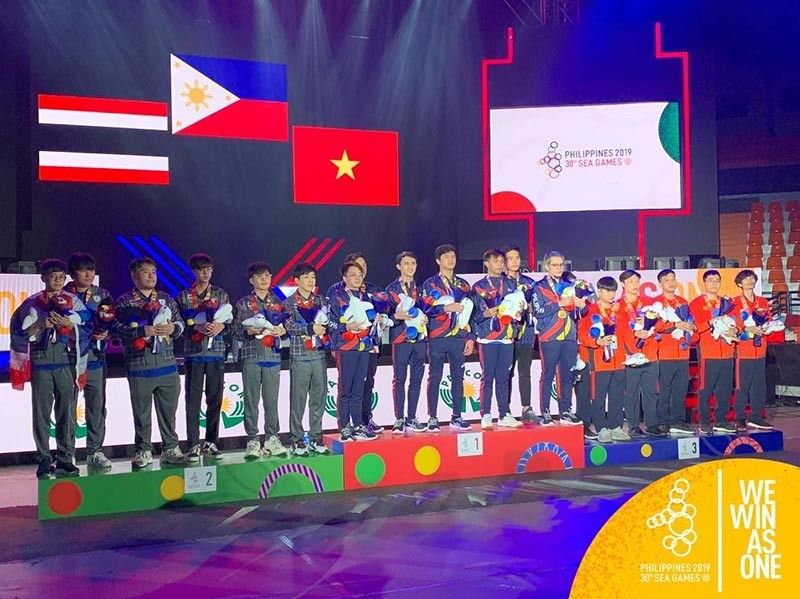 THE Philippine Dota 2 team under Sibol escaped a scare from Thailand with a 3-2 win to snatch the Southeast Asian (SEA) Games gold medal on Monday, December 9.

It took 38 minutes for the Filipinos to get the win in Game 1 of the best-of-five series, scoring 24 kills against Thailand's 14.

Thailand, however, bounced back in Game 2, starting strong to get the 10-4 lead in under eight minutes. It eventually led to their victory to even the series, 1-1.

In game 3, the two teams fought toe-to-toe before the Thais called GG at the 42-minute mark to give the Filipinos the 2-1 advantage.

The Philippines had the chance to seal the deal in Game 4, but Thailand dominated the home team and a wipeout at the 39-minute mark prompted the Filipinos to call GG.

In Game 5, the Thais were looking to take away the gold medal as they dominated the Filipinos, 26-9.

But a clash at the 39-minute mark, where the Philippines was able to get a double kill and take the Aegis, turned the tables for the home team. The Filipinos pushed aggressively as they rode on their momentum, managing Thais' core heroes to use their buyback.

As Thailand asserted their way and pushed mid at the 45-minute mark, the Philippines killed two core heroes without buybacks.

This enabled the Filipinos to counterattack and swarm the Dire's base before killing the three remaining heroes at the 47-minute mark to take away the first Dota 2 gold medal in SEA Games.