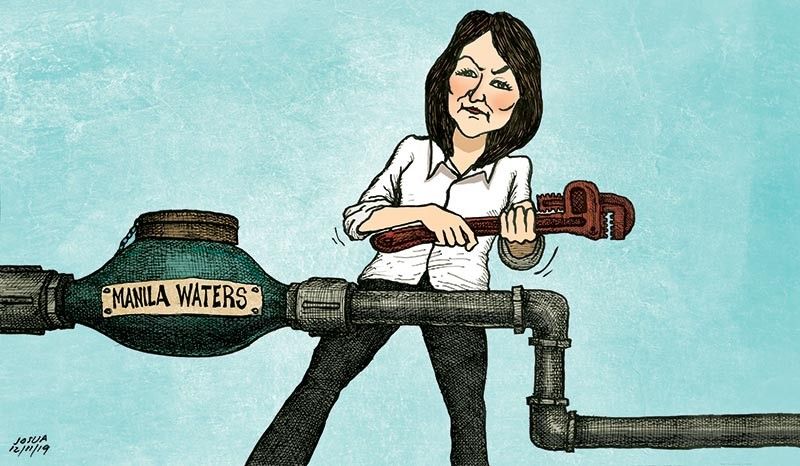 THE Manila Water Consortium Inc. (MWCI), the Cebu Provincial Government claims, failed in adequately explaining its alleged breach on a number of provisions under its joint investment agreement (JIA).

After a number of correspondence, Gov. Gwendolyn Garcia eventually decides to terminate the contract.

“They did write back and I wrote back too because, in their lengthy explanation and justification, I could find neither acceptable justification nor any legal basis in truth and in fact,” said Garcia.

The Capitol sent MWCI’s president and chairman of the board of directors Virgilio Rivera a notice of the breach on Aug. 29. The water firm was given 90 days to respond, but the Nov. 4 response failed to convince the Capitol of its justifications.

Consequently, Provincial Board (PB) Member John Ismael Borgonia (3rd District), who heads the committee on provincial and municipal properties, filed a resolution authorizing the governor to terminate the Capitol’s contract with MWCI. On Dec. 9, 2019, the PB approved en masse the resolution.

To recall, it was on March 21, 2012, during Garcia’s earlier stint as governor, when the Province inked the JIA with MWCI, for the latter to manage the bulk water supply for Cebu province. The deal was 49-51 percent, in favor of MWCI. The JIA led to the creation of Cebu Water, a joint investment company that was to build and develop water facilities.

The JIA provided for the tapping of Luyang River as a surface water source, supplying some areas in the province, and the authority to engage in retail supply in certain areas.

A SunStar report said that in 2014, a P1.1 billion water supply project produced 35 million liters of water daily for Metro Cebu. Supply that was siphoned from the Carmen facility was sold to the Metropolitan Cebu Water District, with which Cebu Water had a 20-year supply agreement.

The breach the Province discovered was that after five years since the Luyang River supplied the bulk water in Metro Cebu, Manila Water had failed to deliver P150 million worth of revenues. Not only did it failed to remit what was due to the Province, it also allegedly increases the agreed tariff rate of P13.95 per cubic meter (cu.m.) to P24.59 per cu.m.

The water firm also allegedly increased the project cost or capital expenditure from P702 million to P1,003,000,000 and decreased its internal rate return from 19.23 percent to 12.3 percent. The revenues were also reportedly plowed back to the capital expenditure of the joint company.

The adjustments were reportedly not approved by the JIA parties; their board of directors also neither passed nor approved any resolution for any of the changes.

With the impending termination, the Capitol now faces the challenge of weighing its options as far as sourcing bulk water supply from Luyang River in the northern town of Carmen is concerned. We do hope that this time the agreements will be more transparent and largely advantageous to the Province of Cebu.