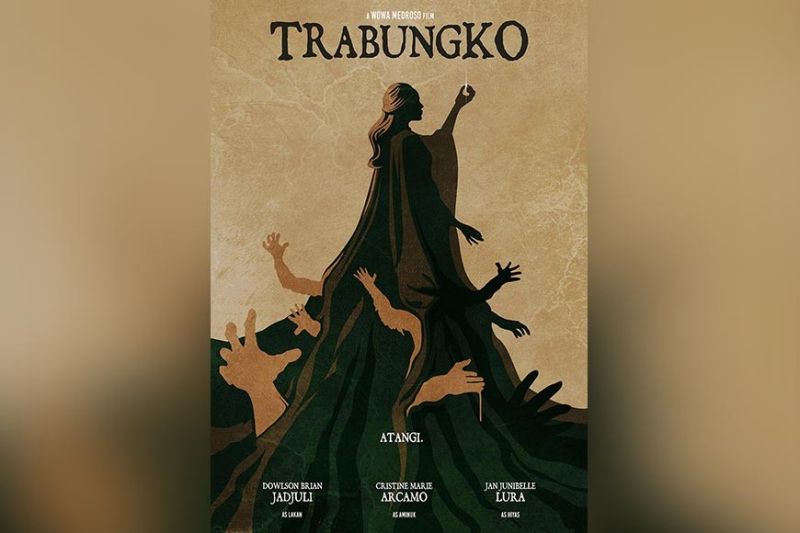 TRABUNGKO, a fantasy epic film produced by a filmmaker from Barangay Tibungco, Davao City, bagged several major awards and was also hailed as the Best Film of the 17th Mindanao Film Festival during the Awards Night at the Matina Town Square Taboan on Monday night, December 9.

The 32-minute short film, under the MFF Main Competition, reaped awards for Best in Production Design, Best in Cinematography while Joshua Caesar Medroso was named as the Best Director.

Trabungko was one of the selected films screened at Cinema 6 of Gaisano Mall of Davao from December 4 to 10.

In his Facebook post yesterday, Medroso was still in cloud nine after he received the awards. He admitted that he did not expect to receive numerous awards.

“And so here we are, four trophies snatched and one barangay made more proud than ever. I admit, I was praying and hoping for even only one award (Production Design), but last night was like in a battlefield, each attack a surprise — Cinematography, Directing — and the climax was all too sudden and surreal. We got Best Film. Like, as in, BEST FILM MGA BESH. Never in a million years would I imagine something like this happening,” his post read.

Medroso shared that it was the third time that he submitted an entry to the MFF but Trabungko film is different from the rest. He sees to it that despite the limited resources, it will still come out not as mediocre as compared to the previous films that he produced.

“This time, when the opportunity came, I knew I had to take everything by heart. I had to create a film, a serious one, a triumphant one. I knew it demanded a lot of work, but work I did and I never stopped. It was a hustle from then on,” he added.

Trabungko was inspired by the myth in Tibungco where the name is derived. Trabungko is a mythical creature said to be a supernatural giant snake that was sighted in the barangay a very long time ago. The film meanwhile is a story of a princess living in a kingdom who was attacked by a witch. The Kingdom's Lakan then journeys to the west to find the witch and kill her to avenge the princess.

He likewise thanked all the people behind the success of the film.

The regional festival provides an avenue for Mindanaoan filmmakers to showcase and promote their craft to new and greater audiences.