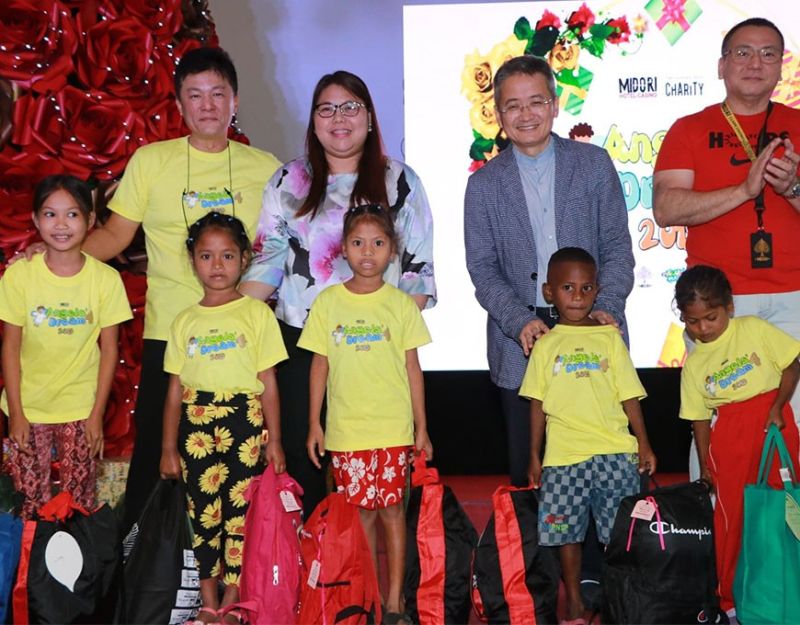 CLARK FREEPORT -- Hundreds of children from various schools around the Freeport received Christmas gifts from Midori Hotel and Casino on Tuesday, December 10.

Amir Medina, marketing manager of Midori, said a total of 1,000 kids benefitted from their yearly gift-giving dubbed Angels' Dream, which is now on its fourth year.

Medina said the program is aimed at realizing the dreams of the less privileged children who mostly belong to Aeta families.

"We want to make every Angels' Dream come true during the gift giving," Medina said.

Midori General Manager Vic Chan, who was incidentally celebrating his birthday during the gift-giving Tuesday, thanked other sponsors and those who supported the project.

"We thank you all for the support. We wish the kids and all of you a Merry Christmas and Happy New year," Chan said.

The beneficiaries expressed gratitude to Midori and its staff for sharing their blessings for the communities around them.