Bzzzzz: Manila may have another cardinal as archbishop. Is Cebu next? 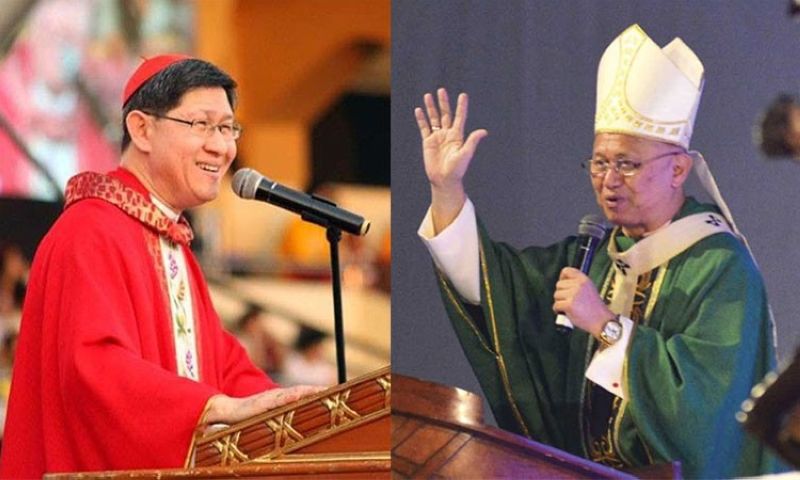 WITH Manila Archbishop Cardinal Luis Antonio Tagle accepting his appointment by Pope Francis as head of a top congregation at the Vatican, the new archbishop who will take his place most likely will be named a cardinal too.

The next archbishop of Manila and the current archbishop of Cebu, because of the size of their jurisdiction, logically have better chances of getting the title of cardinal.

But they may not be designated cardinal immediately upon assumption of post. Julio Rosales began his rule at the Cebu Archdiocese in 1950 but, accounts say, he was elevated to cardinal only after 1965 when he led the celebration of the fourth century of Christianization of the Philippines and national attention and that of the Catholic world, especially Vatican's, focused on Cebu.

Ricardo Vidal was appointed to succeed Rosales on September 18, 1983 and he became cardinal two years later, on May 25, 1985, after he had convoked the Diocesan Synod in 1984, which reviewed the progress of the archdiocese for 50 years and planned its program for the next decades.

Vidal got the title much faster than Rosales did but both got it after doing some stellar accomplishment: Rosales, the fourth centenary of the Christianization of the country; Vidal, the Diocesan Synod.

What's in store for Archbishop Jose Palma? Palma, who was appointed archbishop of Cebu on October 15, 2010, had served as president of Catholic Bishops Conference of the Philippines. Recently, just last November, he was designated one of eight members of the Vatican Pontifical Council for Culture. The group holds a dialogue between the church and the cultures of modern times, "to address the challenges of unbelief and religious indifference in modern society."

Archbishop Palma will have a significant role in the church activities lined up for the 500th anniversary celebration of the arrival of Christianity in the Philippines, which has Cebu as principal place of the observance. It is the stuff that can make an archbishop a cardinal.

Tagle's appointment, which is most likely to make him step down as Manila archbishop, has a much larger impact.

As prefect of the Congregation for the Evangelization of Peoples, Tagle will lead the department "responsible for the spread of the Catholic faith throughout the world through its missionary work and related activities." He could become "papal material" or, more plainly, a contender for the position of next pope.

Called the Red Pope, Tagle will fill a position equivalent to that of a Cabinet secretary to the pope. Another Filipino cardinal, Jose Tomas Santos, served as prefect of the Congregation of the Clergy, from 1991 to 1996, one of the nine departments whose heads have to work and stay at the Vatican.