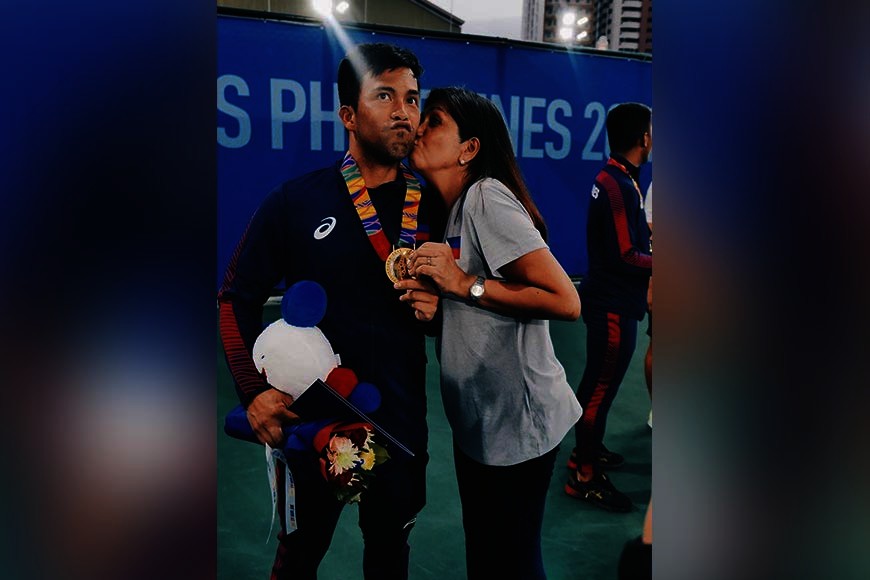 In fact, the pair of Clarence Lyle Molina Caasalan of Manolo Fortich and Ferdinand “Bong” Liguayan of Valencia City, also in Bukidnon, were assured of a team gold medal in the podium after the Filipino batters completed a 15-2 rout of Thailand in men’s baseball final on Sunday afternoon at The Villages in Clarkfield Pampanga.

The two baseball players from the landlocked province of Bukidnon made it to the national team after further honing their skills with the National University in Manila and Rizal Technological University as varsity athletes.

Both Francis Philip Saura (PH men’s volleyball) and Andrea Tongco (Gilas Filipinas) could also end up in the lucky circle of Filipino SEAG gold medalists as their respective teams were still battling with foreign rivals in the championship games, as of press time (Tuesday, Dec. 10).

The beanpole net blocker Saura is a son of the late Angking Saura, a popular basketball player in Cagayan de Oro closely attached to Ballpals and Thurs-Sun Club, who died several years ago.

Their championship match with the Indonesians over at Philsports Arena in Pasig City was the first for the host country since 42 years ago when they competed in the 1997 Games in Kuala Lumpur, also against Thailand.

Andrea Tongco of Macabalan scored 5 points in the first quarter when Gilas Filipinas eked out a 81-75 win over Malaysia at the Mall of Asia (MOA) Arena in their second outing. Another upset victory against Thailand bannered by Women’s NBA pointguard Tiffany Bias will automatically make the Filipinas champion.

Former Xavier University standout Happy Denuyo and the Philippine women’s rugby team failed to duplicate the feat of their men’s counterparts who won the gold. But Denuyo, who transferred to the University of Santo Tomas, was more than happy her team got the silver against the powerhouse Thailand.

“According to my veteran teammates, this is the first time we had a very close score against Thailand. Usually 30+ to No Score talaga. Thailand is the top 4 in Asia. Kaya para sa amin, that gold medal match we recently had was the biggest achievement so far,” Denuyo told Sun.Star Cagayan de Oro.