House panel to probe Ayala exec over 'conflict of interest' 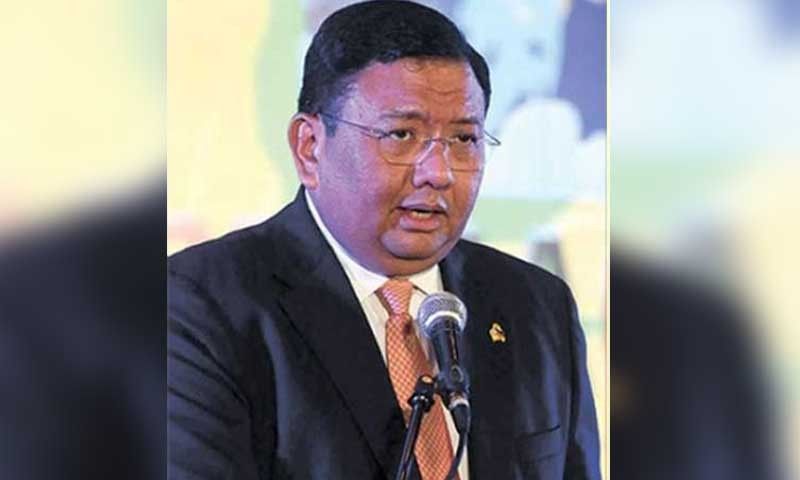 THE House committee on good government and public accountability on Tuesday, December 10, moved to investigate a former Cabinet Secretary who is also a top executive of the Ayala Group over alleged conflict of interest.

His denial, however, did not stop committee vice-chairman Jesus Crispin Remulla from proposing an investigation on Almendras.

"As vice chairman of this committee, I'm looking at the different liabilities of the persons involved in government contracts, I suggest that we investigate the matter of Secretary Almendras being with Ayala and the Philippine government and the conflict of interest attached to his office," Remulla said.

His suggestion was adopted by the committee.

Almendras was the president of Manila Water when the 25-year concession agreement between Manila Water and Metropolitan Waterworks and Sewerage System (MWSS) was extended for another 15 years in 2009. Manila Water is a subsidiary of Ayala Corporation.

He joined the Benigno Aquino III administration in 2010 as Energy Secretary and later became Cabinet Secretary. He served government for six years.

He returned to the Ayala Group at the end of the Aquino administration, although he was not initially assigned to Manila Water.

Before Remulla proposed to investigate Almendras, the lawmaker noted that the Permanent Court of Arbitration in Singapore ruled in favor of Manila Water because Aquino allegedly interfered in matters related to the concession agreement.

This supposed interference by Aquino became the basis for the award, Remulla said.

He asked Almendras whether he did not, at any time while he was Cabinet Secretary, inquired on matters related to Manila Water's concession agreement.

Almendras said he was "prohibited" from joining any Cabinet meeting that involved water.

"The records will show we never attended (any Cabinet meeting on water). We were not allowed to discuss (water) during those times," he told the committee.

Almendras said that although he was the Cabinet Secretary, he was not aware of all matters discussed by the Cabinet. He said he was not part of discussions on two clusters, namely, security and water.

"I was instructed by President Aquino not to interfere, not to participate, and not even to be notified," he told the committee.

"As a matter of fact, all the correspondences relative to water were not allowed to go through my office. They went directly to the Office of Secretary Julia Abad, I believe, was the one designated," he added.

Almendras said he abided by the President's instruction not to get involved.

The House inquiry was conducted less than a week after President Rodrigo Duterte ordered the filing of charges against Manila Water and Maynilad for alleged economic sabotage.

The President issued the directives after the Singapore arbitration court directed the Philippine government to pay Manila Water P7.4 billion for the non-implementation of water rate increases.

Presidential Spokesperson Salvador Panelo said in a statement on December 4, 2019 that the charges will be filed against the owners of Manila Water and Maynilad and their legal counsels as well as the government agents and lawyers involved in the agreements.

"It is apparent that some members of the government have not only looked the other way, but have in fact purposely guided the hands of those who have raped our economy for their own personal aggrandisement. Worse, they are hell-bent on bleeding our country dry. The proper delivery of basic services has not been fostered but thwarted to the outrageous detriment of the Filipinos," Panelo said.