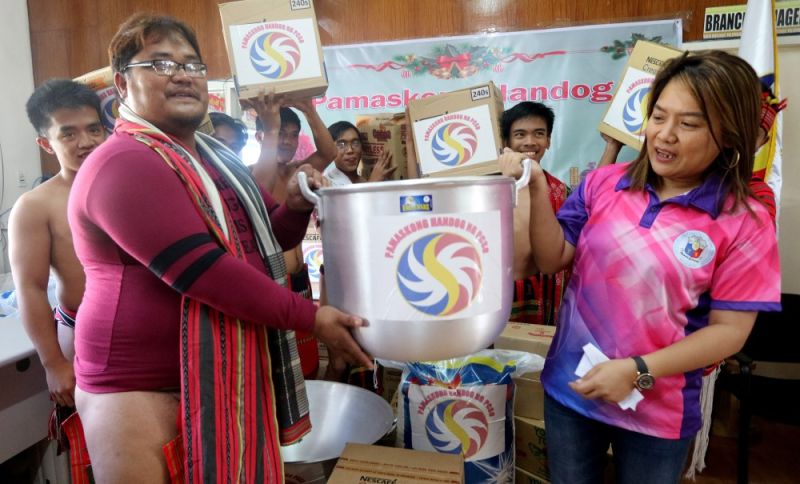 HANDOG SA IP. Philippine Charity Sweepstakes Office-General Manager Royena Marzan Garma distributes kitchen equipment and other food packs to 10 tribes of the Cordillera to be used on occasions and gatherings, during the Pamaskong Handog ng PCSO on Sunday in Baguio City. (Photo by Zaldy Comanda)

SOME 10 tribes from the indigenous peoples in the Cordillera received gifts under Philippine Charity Sweepstakes Office (PCSO) “Pamaskong Handog” on Sunday, December 8.

PCSO general manager Royena Marzan Garma turned over huge pots and other cooking equipment including food that the tribes can use for their occasions and gatherings.

Garma said they decided to give these items as a request of their IP friends who said that said items can be used by the groups.

Garma added they see the need for such items which the groups use during gatherings.

Garma said PCSO’s mandate is on health financial program for the people and asked the public to support their games, which is the source of the funds of the agency, especially on the Universal Health program of the Duterte administration. (SunStar Baguio)