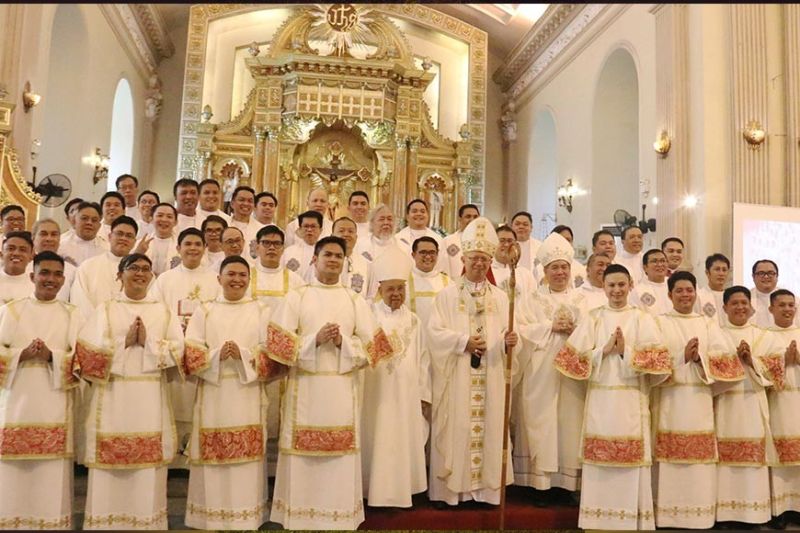 DEACONS. Cebu Archbishop Jose Palma and other clergy members join the eight newly-ordained deacons in ceremonies at the Cebu Metropolitan Cathedral. Palma urged the deacons not to be tempted by power or prestige. (SunStar photo / Amper Campaña)

Dawn masses begin on Monday, Dec. 16, 2019, with Palma eyeing poor communities as the venues for his masses. He said he already plotted his itinerary for the nine-day Misa de Gallo and that his point is to show the different kinds of preparation for Christmas in the city.

Palma will hold the first Misa de Gallo in Carbon Public Market since there are many vendors selling during dawn. The rest of the schedule will be announced soon.

In his homily, Palma told the new deacons not to be tempted by power or prestige. He said that being ordained to a diaconate means having a heart for service as he also described the image of a deacon as the towel and basin Jesus Christ used in washing the feet of disciples. (JCT)