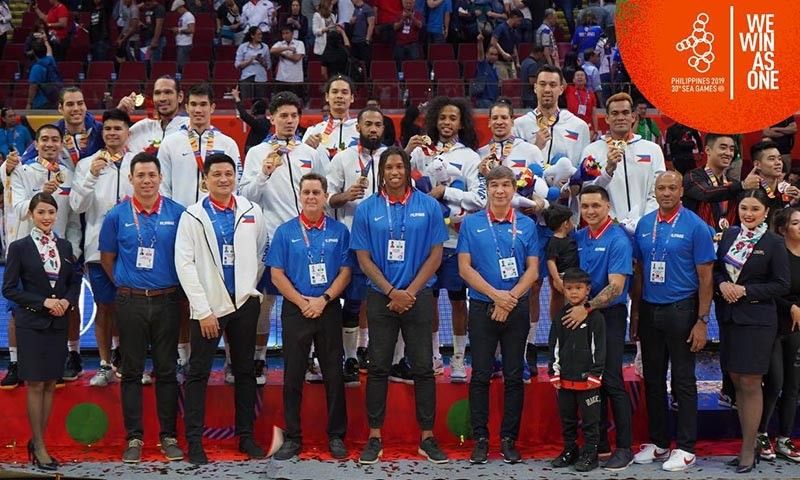 When it comes to basketball in Southeast Asia, there is no country better than the Philippines.

This the Gilas Pilipinas proved as they captured the gold medal in the men’s basketball competition in the 30th Southeast Asian (SEA) Games with a clinical 115-81 win over Thailand at the packed Mall of Asia Arena on Tuesday night, December 10, 2019.

Cebuano big man June Mar Fajardo showed once again why he is the best big man in the region today as he scored nine of his 17 points in a pivotal 10-0 surge in the third period that allowed the Gilas to pull away from the hard-fighting Thais and take a 58-39 lead with over seven minutes to go during that stretch.

The pride of Pinamungahan and the University of Cebu also tacked on 13 rebounds to help the Philippines complete a sweep of all the gold medals in the basketball events of the biennial meet. Fellow frontcourt mate Christian Standhardinger also had a double-double of his own with 16 points and 11 rebounds.

LA Tenorio likewise had 16 points, thanks in part to four three-point bombs while Matthew Wright finished with 14 points, while also making four from beyond the arc. Vic Manuel added 14 points while Stanley Pringle put up 13 markers, four rebounds, and four assists. Kiefer Ravena scored 10 and dished out four assists as he claimed his fifth gold medal in the SEA Games.

Thailand was within striking distance, down by just nine at halftime, 39-48, until the Philippines exploded for 40 points in the third to all but seal the title win as they established an 88-54 lead with just one more period left to play.