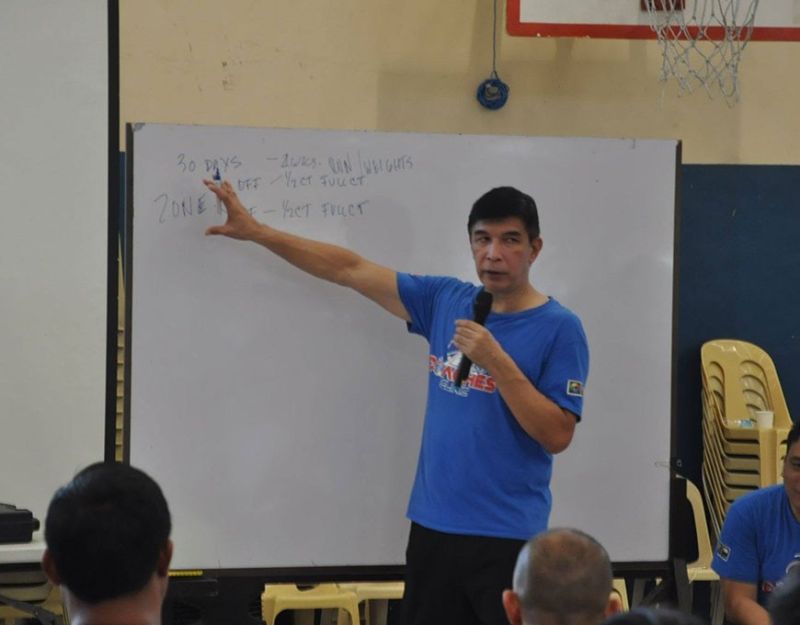 Jong Uichico, seen here conducting last year’s seminar, will be back in Cebu this weekend to lead the SBP Coaches Academy. (Contributed photo)

THE SBP Coaches Academy of the Samahang Basketbol ng Pilipinas will be conducting a coaches’ clinic and seminar at the SHS-Ateneo de Cebu campus in Canduman, Mandaue City on December 14 and 15, 2019.

Overseeing the event will be none other than decorated coach Jong Uichico who is the head of the SBP Coaches’ Academy and was recently part of the coaching staff of the Gilas Pilipinas team that recently won the gold medal in the 30th Southeast Asian Games.

The seminar is open to all coaches, players, teachers and basketball enthusiasts who want to hone their craft and knowledge of coaching and the sport itself. Among those who have already registered are coaches from the youth-based leagues, schools, ballclubs, teachers and officials.

The fee for the seminar has been pegged at P1,000, and this includes a certificate, an SBP Coaches Academy ID and accreditation as coaches of the academy.

Joining Uichico is Cebuano coach Ryan Betia who was recently appointed as assistant coach of the Blackwater Elite in the PBA where he will support head coach Nash Racela.

Betia has also served on the coaching staff of Gilas Pilipinas under Chot Reyes and Uichico.

The SBP Coaches Academy clinic and seminar is supported by Virginia Food Inc., House of Lechon and Lolo Tinong’s Bakery.