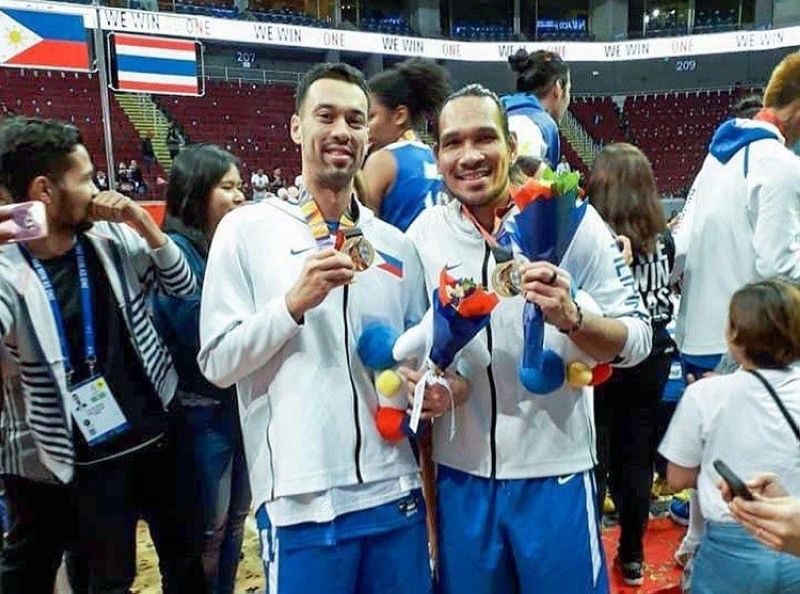 PARTNERS. Former University of the Visayas center Greg Slaughter said he enjoyed teaming up with June Mar Fajardo, whom he described as a great guy on and off the court. (Contributed photo)

Former University of Cebu stalwart and five-time MVP Fajardo scored 17 points and added 13 boards to lead Team PHL to its 18th men’s basketball title before 12,462 fans at the Mall of Asia Arena.

“This is a special win for the team. For me it’s also memorable since it’s my first SEA Games gold medal,” the Pinamungajan, Cebu native said after the game.

Slaughter, who played for the University of the Visayas, also relished the chance to suit up with Fajardo.

“The national team has always been a regular part of my basketball life. This one was particularly special because we got to play in our home country and I got to team up with some of the best players in the country,” said the seven-foot Slaughter, who is now one of the centerpieces of the country’s most popular PBA team — Barangay Ginebra. “I really enjoyed teaming up with June Mar not just because he’s such a great player on the court but also because of what a great person he is off the court as well. It was very special getting to experience that with him along with the rest of the guys.”

The two met in the Cebu Schools Athletic Foundation Inc. finals once, with Slaughter leaving UV over Fajardo and UC. (JNP)