Tasmania: the air down there (Part I) 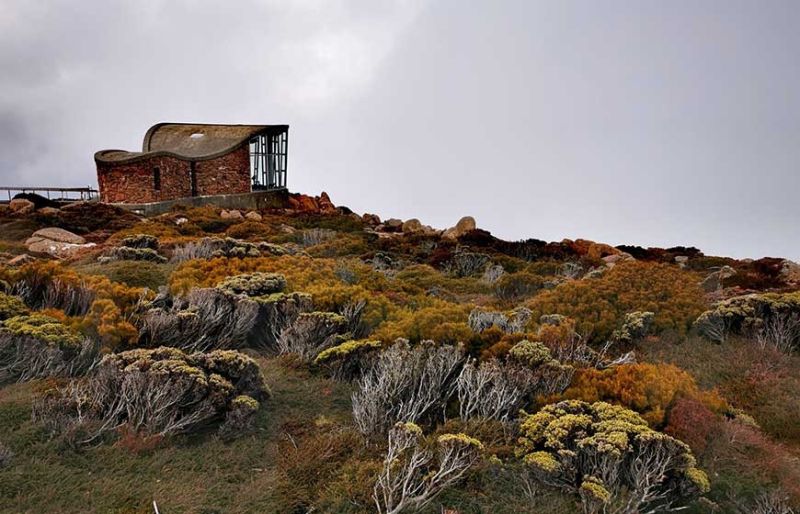 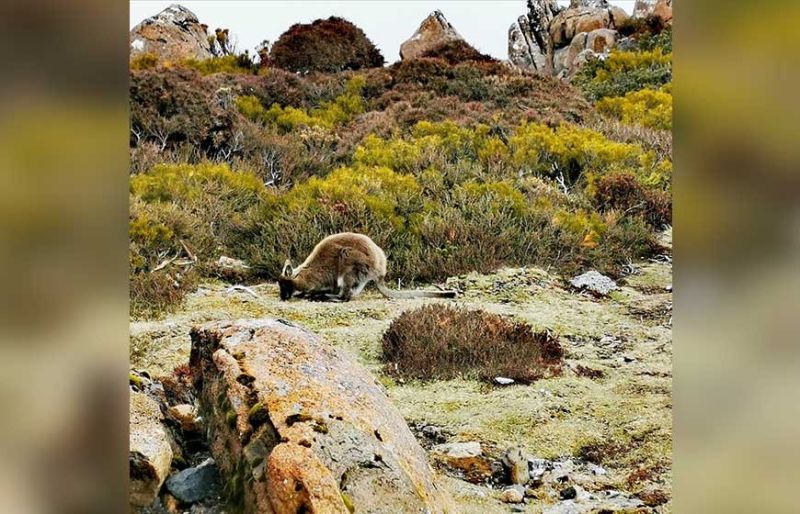 Wallaby in the wild. (Photo by Grace M. Avanzado) 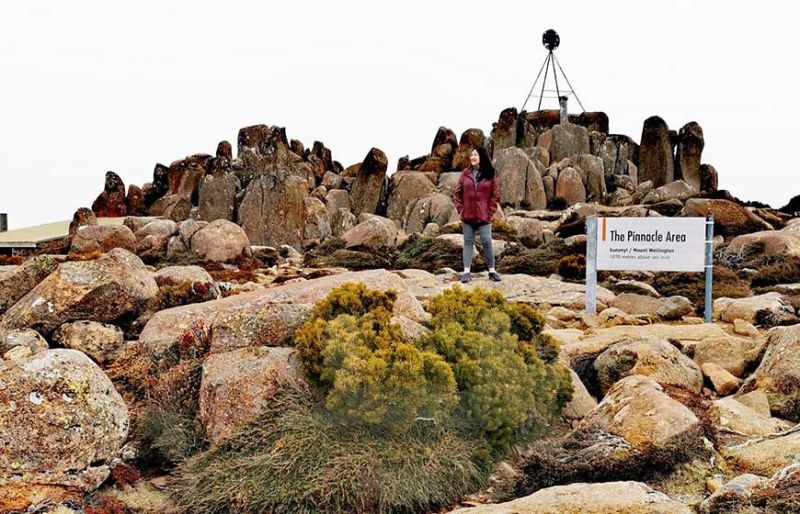 At the Pinnacle area (Photo by Grace M. Avanzado) 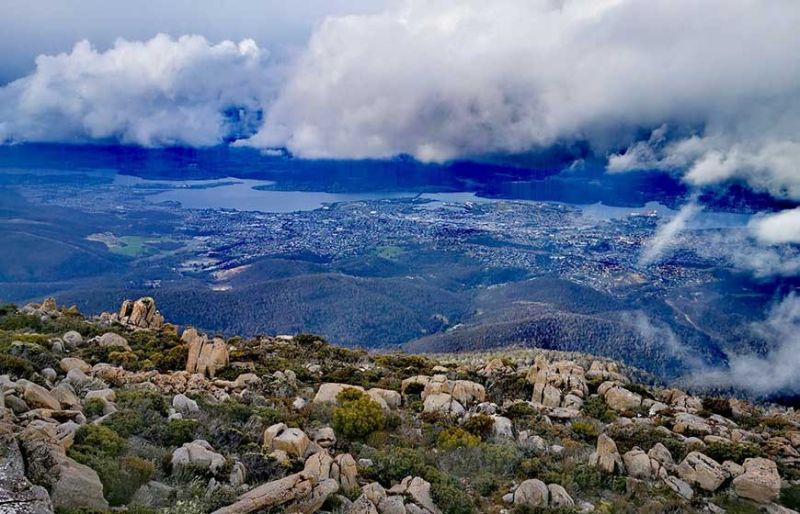 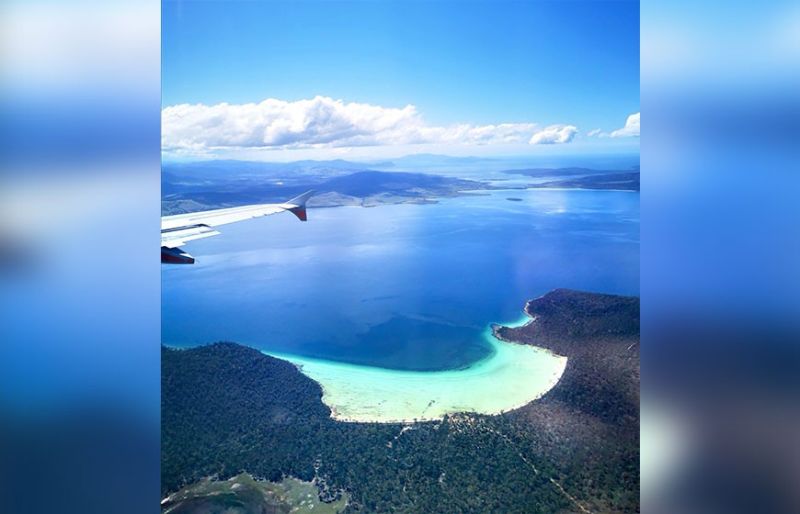 Tasmanian coastline from above. (Photo by Grace M. Avanzado) 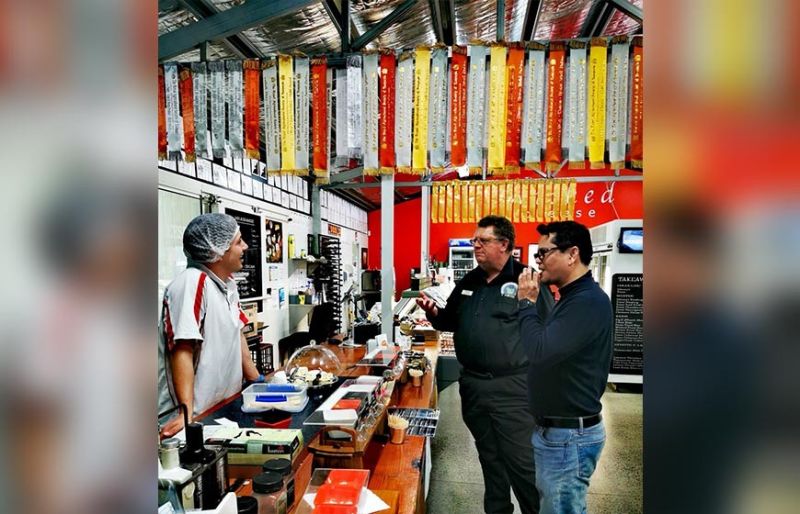 The Wicked Cheese Co. with Philip our guide. (Photo by Grace M. Avanzado) 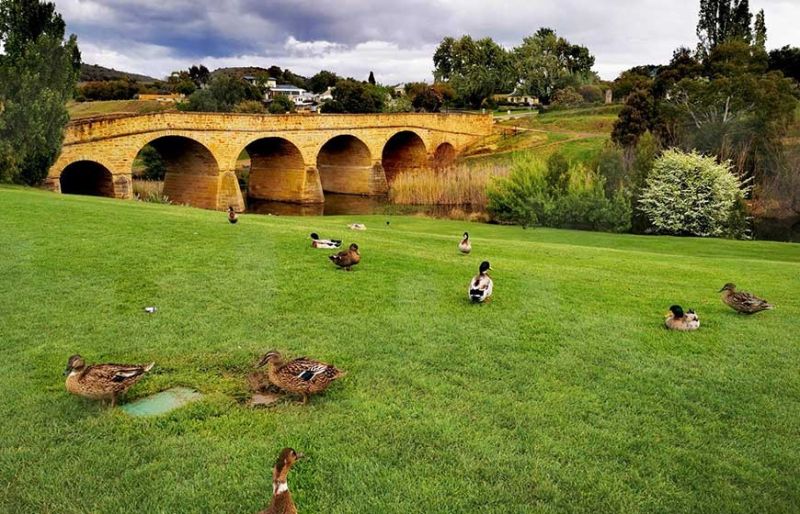 Oldest Sandstone Bridge still in use in Australia. (Photo by Grace M. Avanzado) 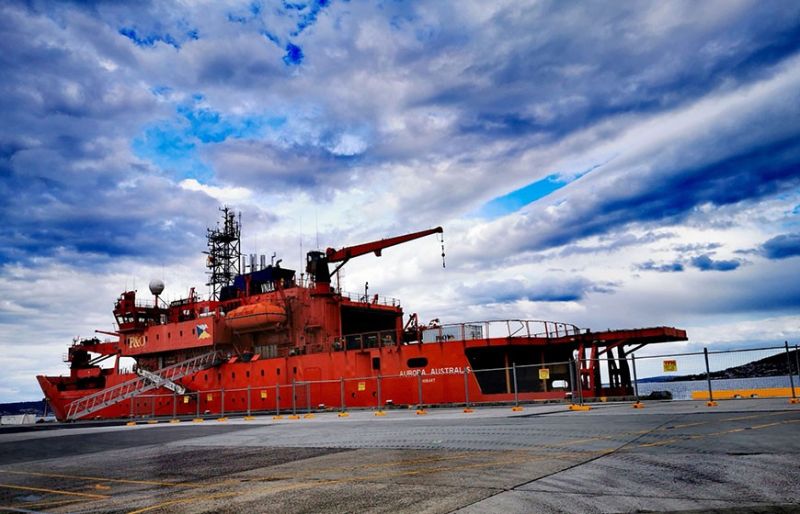 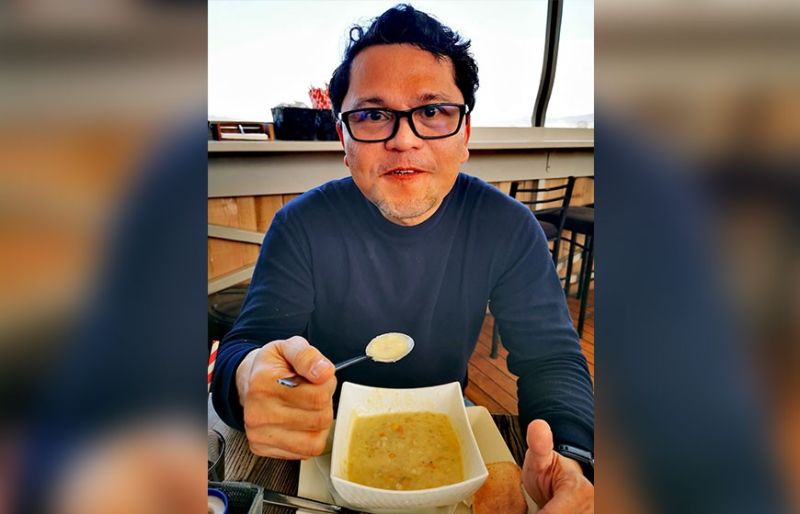 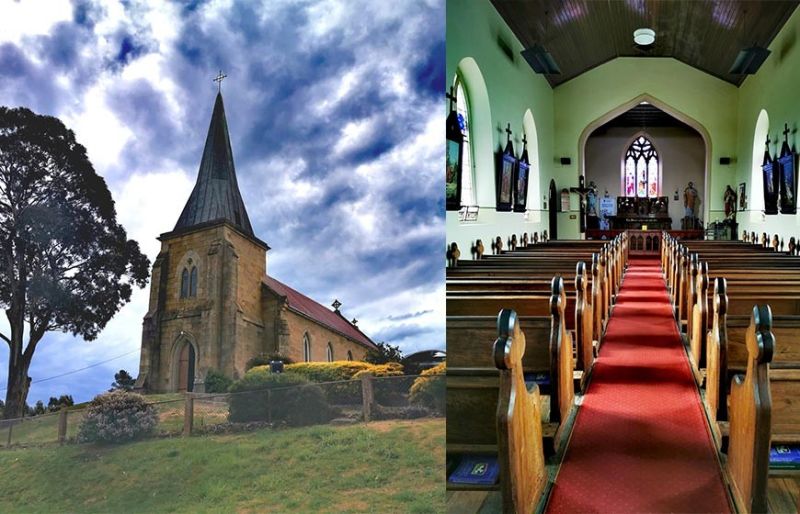 Oldest catholic church in Australia (left) and a glimpse of its interiors (right). (Photo by Grace M. Avanzado) 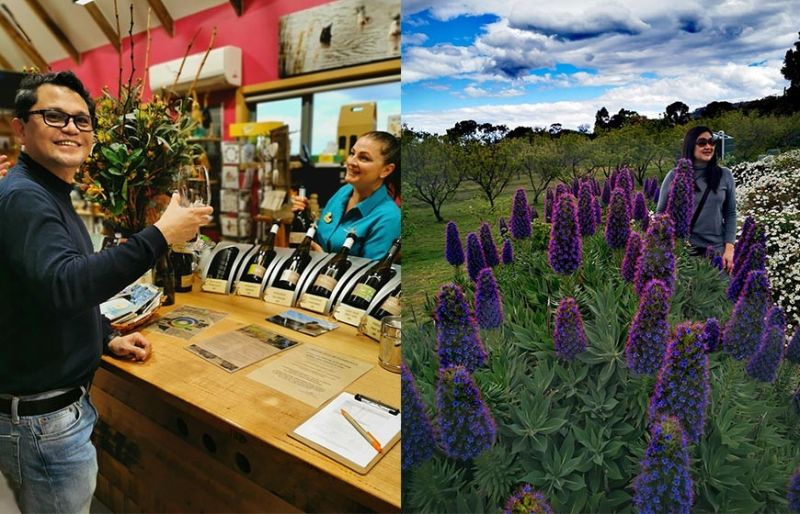 I WILL never forget my first glimpse of Tasmania.

I was looking out of the airplane window when its beautiful coastline came into view. Its raw beauty was so stunning, I knew this visit would be one for the books.

Hobart – the state capital – is where we made our landing. The airport set up was unusual because you deplane, walk the path down to where the greeters are before you get your checked-in bags. A smiling guy named Philip was waiting for us, and to my husband’s surprise, he was asked if he was Tagalog or Cebuano. We immediately hit it off and walked out to the parking lot. Before we got into his car, I took a moment to breathe in the freshest air in the world. Let me be clear that I did not know this fact when that moment occurred.

We were seated for a late lunch when I gushed to Philip that I had never breathed in such fresh air. It was then that he told me that Tasmania is known for having the cleanest air in the world. It is cleaned as it travels through thousands of miles of open sea, Antarctica being the next land mass beyond the ocean. This precious piece of information, coupled with having the best clam chowder soup we had ever tasted, was the perfect way to start our romance with Tasmania.

Our first two stops was a nice way of introducing us to the two things Tasmanians are very proud to produce locally – wine and cheese. There are more than a hundred wine producers in the area and we really enjoyed our visit to the Puddleduck Vineyard and later, the Wicked Cheese Co. Then we were off to the Richmond – a picturesque little town known for its sandstone bridge, which is the oldest of its kind in Australia. Built in 1823, it is still very much in use, just like the oldest Catholic Church that can be found in the same area, after a short, uphill walk. Our next stop was a short one at the Hobart Port, as Philip took us there so we could see the famous orange-colored Aurora Australis – the Australian icebreaker that travels regularly to Antarctica for research cruises.

Similar, but not quite

Then it was time to drive up to Mt. Wellington (local name Kunanyi) for the best view of Hobart from its Pinnacle along a winding, two-lane road that had been built in the 1930s. Never expanded, I found myself closing my eyes every time we met huge tourist buses because it almost looked like they would fall off the cliff since there were no barriers on the other side of the road! As Philip was telling us stories about this mountain, he kept pointing out to us how the temperature was dropping as we got nearer to the peak. From the city center, it is a 21-kilometer drive to the Pinnacle. As we alighted from the car, the temperature was at two degrees Celsius. While waiting for the fog to clear, we went to the glass-enclosed Interpretation Centre to find some solace from the wind.

On a clear day, the view from the peak covers the World Heritage Wilderness Area, Hobart, Bruny Island and the rest of the Tasman Peninsula. We got a sneak peek every now and then as the fog continued to tease us. We could not help but observe how similar the landscape was to the famous Table Mountain in Cape Town, but here, it seemed lusher, and you could see wild animals popping out from the bushes oblivious to our presence.

We headed back to the city as darkness started to set in, checked into our hotel, and went out for dinner past 7 p.m. To our surprise, the streets were almost deserted; save for a few tourists making their way to restaurants for dinner. I could not even find a convenience store or pharmacy open within the immediate vicinity of our hotel. In the past I had heard stories that in certain parts of Australia, everything is closed after 5 p.m. I laughed at the realization that there may be some truth to these rumors after all.