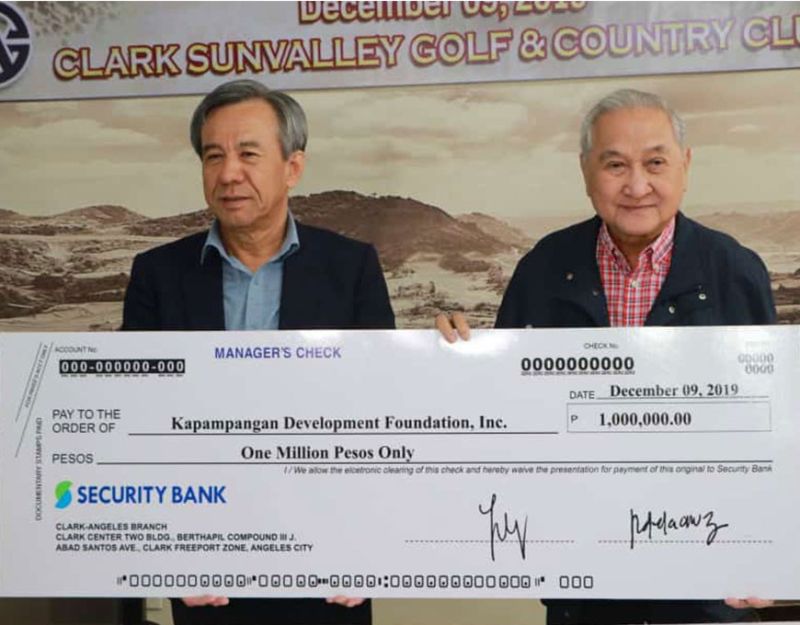 Lee Shin Kun, chairman of Donggwang Clark Corporation, signed a memorandum of agreement (MOA) with KDF president Benigno N. Ricafort for the donation of funds to assist Filipino veteran soldiers who fought in the Korean War.

The agreement also includes the descendants of the veterans who will benefit from the medical and educational assistance.

Lee Shin Kun said the gesture is an expression of everlasting gratitude of the Korean people for the heroism and bravery of the Filipino soldiers in the Korean War.

He said the initial funding consisting of medical and educational assistance will be provided in a span of one year.

"KDF has been selected as our partner because it had already existing programs on cataract operations, prosthetics equipment, harelip medical procedures and training programs on livelihood," Lee Shin Kun said.

Meanwhile, Ricafort thanked DCC for its generosity and trust in the foundation.

He said the donation will surely help a lot of Filipino veteran soldiers and their descendants, adding that the DCC and KDFI will establish a Joint Management Committee to plan, implement and monitor the implementation of the program in coordination with the Philippine Veterans Affairs Office.

Retired Philippine Army Major Maximo P. Young, president of the Philippines-Korea Friendship Center, said there are some 3,000 surviving veterans and their descendants at present.

Young said the agreement between the DCC and KDF will greatly help in providing much needed education and medical assistance to Filipino veteran soldiers and their families. (Chris Navarro)