Singaporean athletes give gifts to orphans in Mabalacat 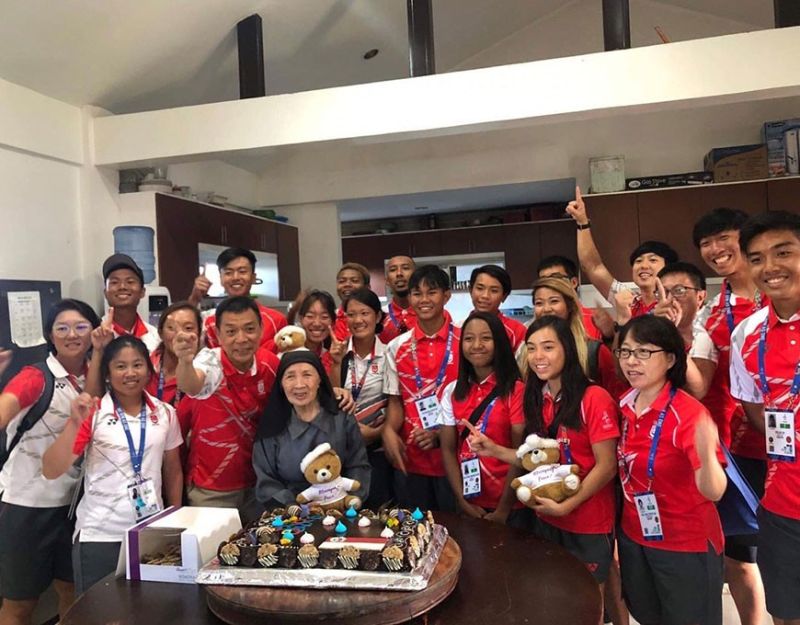 PAMPANGA. Singaporean athletes held a gift-giving activity at the Duyan ni Maria Children's Home in Mabalacat City. The foreign athletes were welcomed by Sister Alessandrina Casas, the founder of the organization. (Contributed photo)

Chan was inspired to donate and do a gift-giving activity when he received an Abe bear gift from Quest Plus Clark, wherein proceeds from the purchase of the toy will be donated to chosen beneficiaries, one of which is Duyan ni Maria -- a home for orphaned children in Mabalacat, Pampanga.

Together with the athletes of the Singapore Team, Chan visited the orphanage where they were happily welcomed by the children and by Sister Alessandrina Casas, the founder of the organization.

The Singapore team donated Abe bears, clipped with the official Singapore Team's Southeast Asian (SEA) Games pin, cakes and pastries from Quest Plus, and a generous amount of shopping vouchers which will be used to make the children's Christmas wishes come true.

The athletes also had the chance to interact and inspire the children during the activity. They gamely posed for photos and were all smiles as they handed Abe bears to each child.

Interested individuals may also take part in granting the wishes of the children of Duyan ni Maria and other beneficiaries of Quest Plus Clark.

For every purchase of Abe the Christmas bear and Disenyong Pinatubo ornaments at the hotel lobby, part of the proceeds will be donated to the beneficiaries.