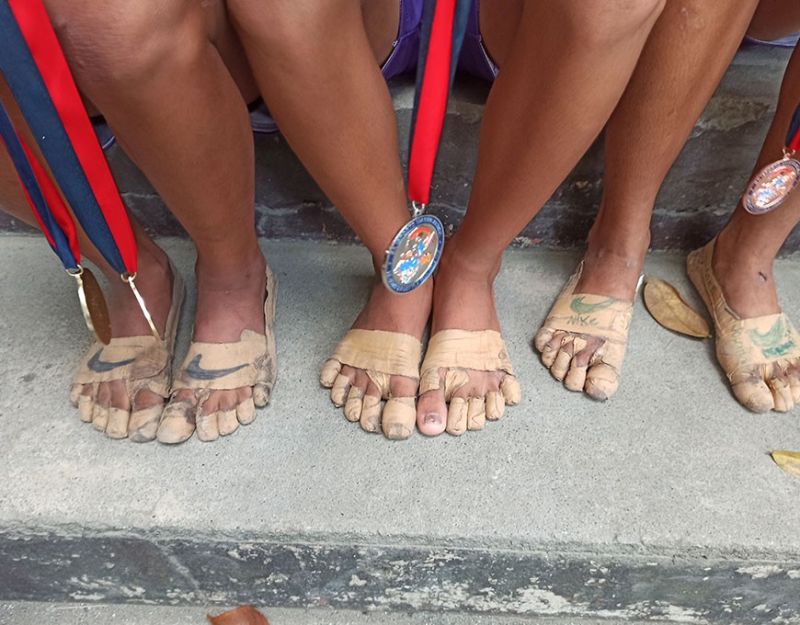 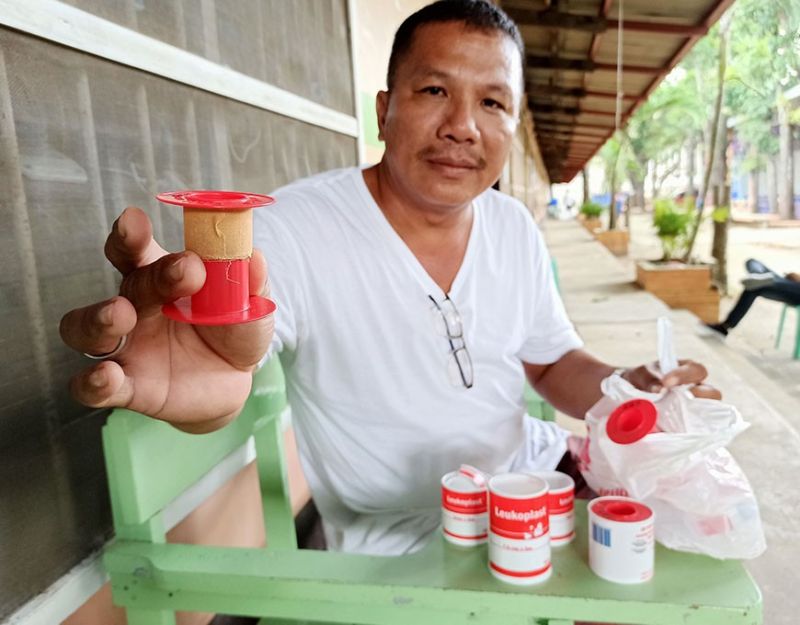 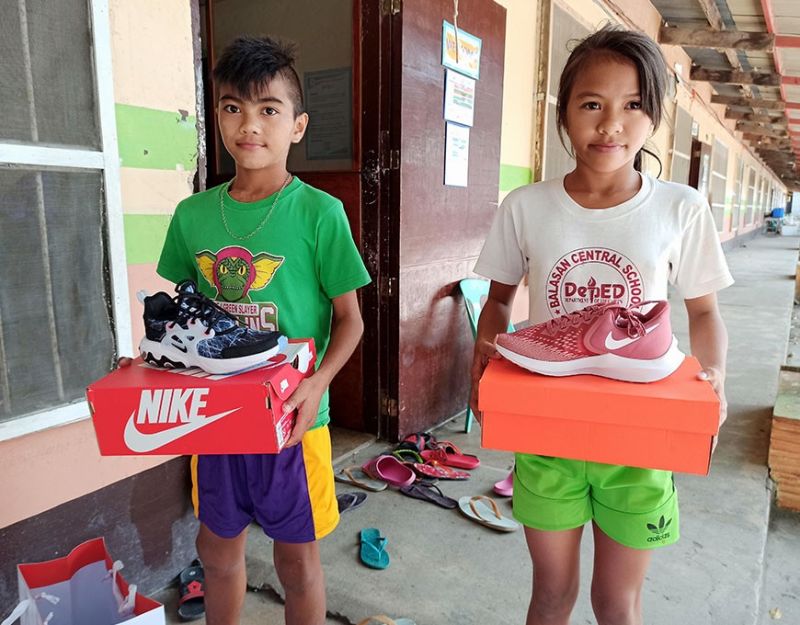 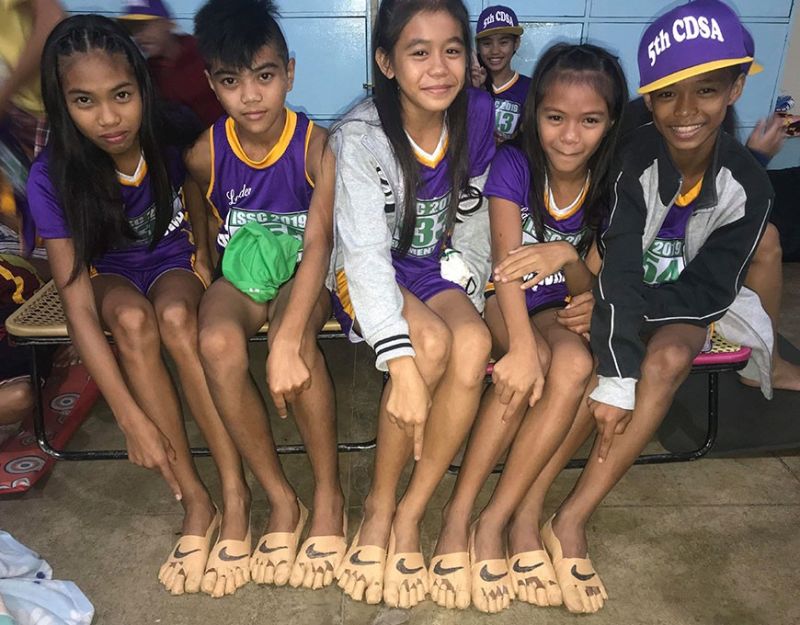 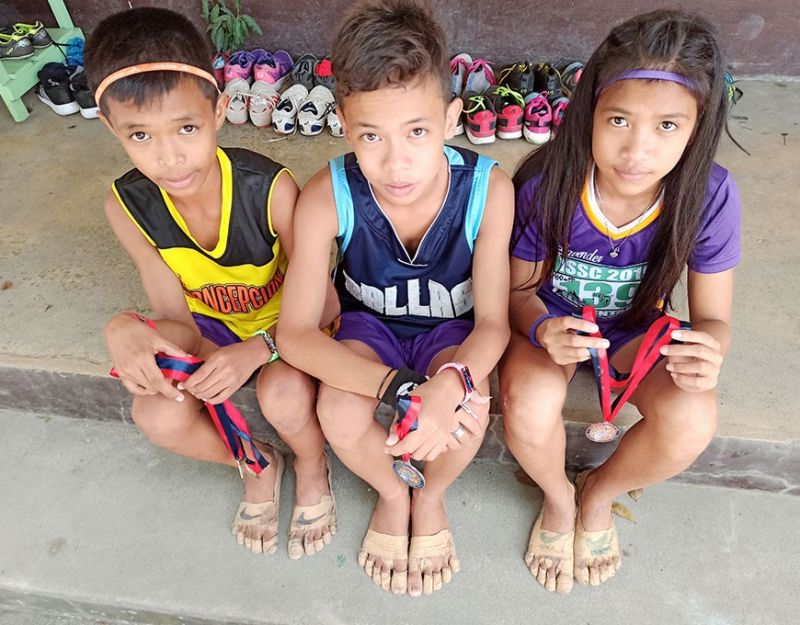 WITH or without shoes, there's no stopping elementary pupils from the Fifth District of Iloilo from harvesting medals, as they won spots during the 2019 Iloilo Schools Sports Council Meet, which opened December 7 at the Iloilo Sports Complex.

From the Fifth Congressional District Sports Association, their coach calls them barefoot runners, as they competed in the athletic event without shoes. Their feet were wrapped with brown plaster for protection against blisters.

Each of them won medals in different events, which include hurdles, sprinting and long-distance events.

According to their coach, Joe Marie Sandoy, they are not used to playing to spike shoes.

"These children are using rubber shoes during practice especially our training grounds are made of soils, grass and sometimes water," Sandoy said.

The athletes, he added, prefer barefoot, especially that the running oval field is made up of rubber.

Before the competition, Sandoy and the other three coaches wrapped the children's feet with Leukoplast plaster. The coaches then wrote a check mark on the plaster, which then serves as their makeshift shoes.

Dr. Raul Banias, mayor of Concepcion town, conveyed his congratulations to the athletes. He said he will personally meet them on Monday, December 16, during the flag ceremony.

Sandoy said that as of Wednesday, December 11, they have won 13 gold medals and several bronze and silver medals.

"We are counting the golds that we won so that we would know who dominates the athletic games," Sandoy said.

One of the athletes, Jhon Roy Dela Cruz, who won two golds in the 800 and 1,500 meters event, said he is not comfortable running with shoes. He said he likes to wear shoes while on practice but he prefers to run barefoot.

For Dela Cruz, practice and determination are his secret to winning and he thanked his coaches for his success.

Jouana Labajo of Concepcion, a gold medalist in the 400-meter hurdle, also said she is more comfortable with running without shoes.

For their coach, Sandoy, running barefoot does not mean his athletes cannot afford to buy running shoes, but he allowed them to play barefoot as they are comfortable with it.

He said they have track and field shoes or spike shoes, but they do not last until the competition proper, as they use it every practice.

"Our spike shoes are just cheap and we can't afford to but the branded ones, so these shoes only last while we practice," he said.

The Iloilo Schools Sports Council Meet is a sports meet between eight sports associations in the province and city of Iloilo, including five