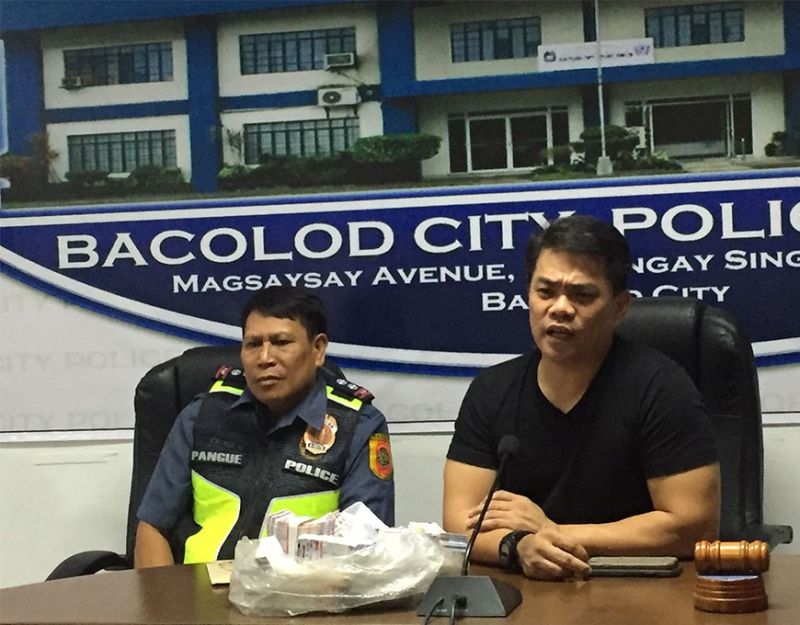 THE Bacolod City Police Office (BCPO) and Councilor Al Victor Espino will not pay the alleged remaining balance to a certain “Norma” who earlier sought the assistance of Ben Tulfo after their basketball team FPJ's Team Promdi, which held a game for a cause with the BCPO in the city on October 26, allegedly failed to get their payment for the event.

Police Lieutenant Colonel Levy Pangue, deputy city director for administration of BCPO, said yesterday that they already endorsed all the proceeds of the tickets to Rory Lumba who also claimed as a certain Norma on Tulfo’s program.

He said in October, Lumba’s team arrived in Bacolod and he was tasked by BCPO director Colonel Henry Binas to accommodate them.

“When they arrived here they approached us that they were a team from the “Probinsyano” and they were doing a game for a cause in various regions to help the programs of the Philippine National Police,” he added.

Pangue noted that Lumba’s team explained to them that the proceeds of the game will be given to the BCPO to supports its programs and projects.

Pangue said it was discussed that the 30 percent of the ticket sales will be given to the police.

“But when she mentioned that they will bring about 10 artists, we told her that it will become a big event and we cannot afford it because all we can do is to play basketball, but Lumba insisted and told us to seek the assistance of the city government and that’s the time that we asked the help of Councilor Espino to help us to accommodate them,” he said.

He added Lumba’s team only asked them to prepare for the venue, hotels and foods of the artists.

After the game, Pangue said they paid a total of P401,090 to Lumba which was based on the proceeds of the tickets which was sold from P100 to P1,000, but they were surprised when Lumba asked them again to pay another P500,000.

“About 500 tickets were not sold and when we returned it to Lumba, she refused to accept it and she wants us to pay for it. That amount of money was not discussed during our meeting and I do not know how she came up with that amount. We do not have an agreement on that,” he said.

On December 6, a certain "Norma" sought the assistance of Tulfo after their basketball team FPJ's Team Promdi, which held a game for a cause with the BCPO in the city on October 26, allegedly failed to get their payment for the event.

She mentioned the names of Councilor Espino and some BCPO officials. Tulfo then interviewed Mayor Evelio Leonardia via phone.

Espino said the basketball event dubbed as "FPJ's Team Promdi vs Artistahing Bacoleños" was not an official event of the city's MassKara Festival.

"It did not involve Mayor Leonardia, nor was it part of the MassKara highlighted events. I was only involved as one of the sponsors having paid for the venue using my personal private funds. There was no agreement that we will pay for the talent fee of their artists," he said.

So how can we pay to something that does not exist and how can we trust someone who’s using different names? Espino asked.

Espino said that he has a receipt to prove that he accommodated the team using his personal funds.