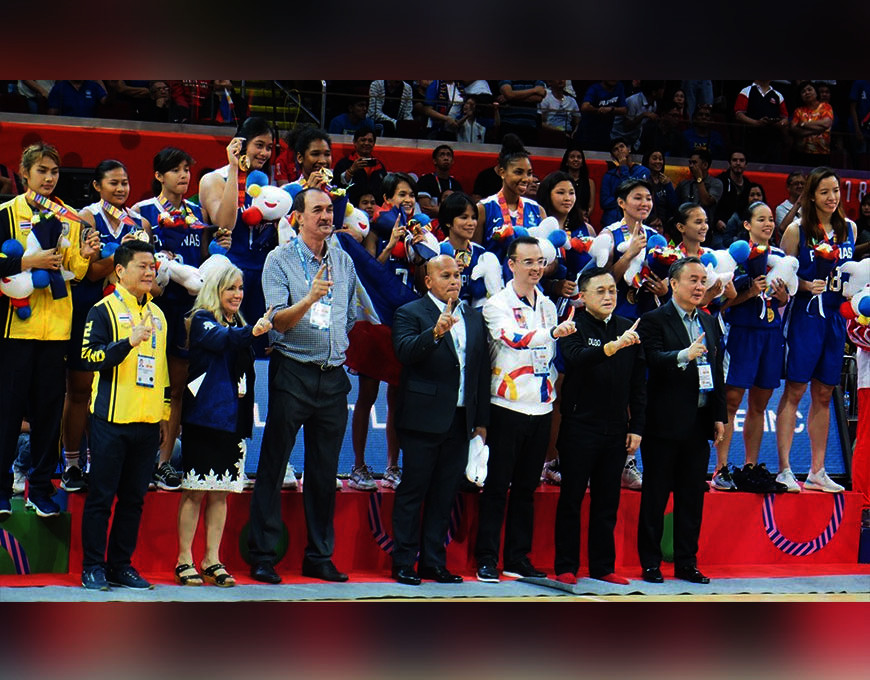 This, as the Philippines swept the men and women's basketball finals on Tuesday night at the Mall of Asia (MOA) Arena in Pasay City against perennial gold contender Thailand.

The Filipinas mauled the Thailand side, 91-71 even with the Thais' advantage on the backcourt for having Women's NBA player Tiffany Bias in their roster.

Both undefeated in the elimination round, Gilas Women grabbed the upperhand early, 18-7 but Thailand retaliated to force a 43-all deadlock late in the second quarter.

A blistering 9-0 run, however, propelled the Filipinas for good up to the final half.

Team skipper Janine Pontejos had 16 points, 5 rebounds, 1 assist, and 4 steals, while Afril Bernardino came up with a double-double (10 points and 14 boards) along with five assists and two blocks.

The Men's Gilas had June Mar Fajardo and 6 others (Standhardinger, Tenorio, Wright, Manuel, Pringle) in double-digit numbers to rout Thailand, 115-81 and cruised to their 14-th straight title and 18th overall.

It was, however, the first ever gold finish by the Filipinas in the regional basketball for Southeast Asian countries.