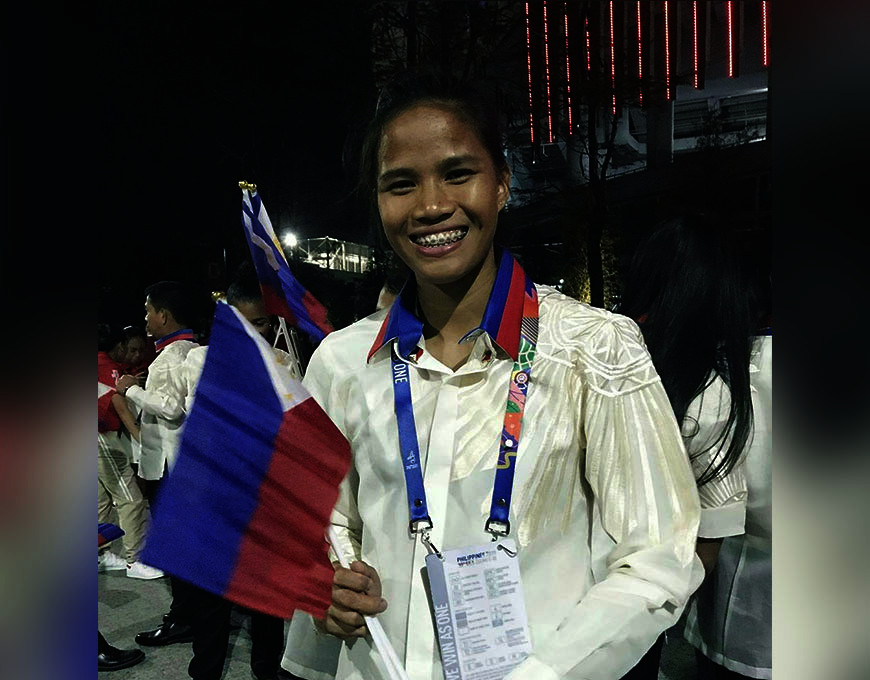 "LAHI ra gyod ang dula pa'g naa sa homecourt makigpatay gyod. (There's really a big difference when the games are played in turf the Filipino athletes will fight to the end like their life is at stake)."

"As an athlete I'm quite overwhelmed and very proud even that I'm now an Australian citizen," said the 41-year-old Pabillore, who was a gold medalist in 2001 edition of the Games then held in Kuala Lumpur, Malaysia.

The 27-year-old Alcantara won SEA Games' tennis doubles in the company of Jeson Petrombon, 26, from the neighboring City of Iligan.

With their success, another iconic figure of karatedo sport from the City of Gold could not help but share her thoughts on it even as she's now living "for good" in the United States.

"This SEA Games is one of the most 'Bonggang-bongga (grandest)' regional meet for Southeast Asian countries the Philippines did not disappoint in hosting it and makes me even more prouder. It brings me back to the feeling with full of joy and excitement ug makatindog balahibo (hair-raising) in hoisting our national flag in front of all the expectators over the top of other South East Asian flags," said Marna of the sporting great family of the Pabillores in barangay Carmen, Cagayan de Oro.

She's also a silver performer in the 2016 Doha Asian Games.

"I am so proud of our country especially the current administration for giving the best support that they could. That is A plus for me. I am pretty sure this support gives high morale to every Filipino athlete. I am happy that we are hosting SEA Games because sports is one key to keep the upcoming generations (youth) to be healthy, disciplined and productive. I love the theme 'We Win As One' because it is a very Filipino trait and and character," she added.

The Filipinos struck a total of 149 gold medals like the whirlwind finish of power puncher Eumir Felix Marcial who capped Philippines boxing's 7-gold exploit by knocking out his Vietnamese rival Manh Cuong Nguyen in just 1 minute and 49 seconds (149) in the first round.

Cagayan de Oro pride Carlo Paalam fueled the Filipinos' dominance inside the ring by shutting down Kornelis Kwangu Langu of Indonesia, 5-0 for the first gold in boxing in light flyweight category.

"We were all hoping and praying for this, but it is still a sweet surprise now that it is actually happening. I am so proud of our athletes. All of them deserve our respect and love," said Philippine Sports Commission chairman William 'Butch' Ramirez in a statement.

Ramirez, also chef de mission of the Team Philippines, said members of the triumphant Team Philippines will go to Malacañang on December 18 to meet with President Rodrigo Duterte and to receive their incentives.

The Philippine Olympic Committee earlier said it will give similar amount to the gold, silver and bronze medalists of the SEA Games.

"This is a result of all the sacrifice and hard work of everyone who pushed for chances at victory," Ramirez said.

"This victory is very sweet given the many difficulties we had to face. This win proves that we can achieve a lot when we come together united as one team," he added.