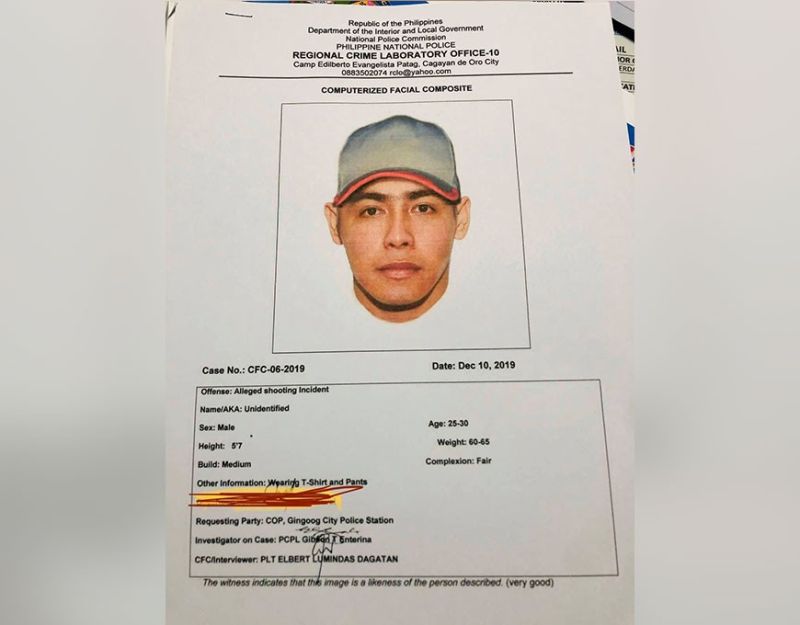 Gingoog made the statement following the release of a computerized facial composite of the suspect on Tuesday, December 10.

Pontillas said the facial composite was formed based on the accounts of three witnesses who saw the unmasked suspect lurking around the session hall just before the attack.

A Special Investigation Task Group (SITG) has been created to focus on the investigation in the killing of Mandamiento, an incumbent village councilman and was also a former village chairman of Barangay San Luiz.

Investigation revealed that Mandamiento was standing in front of a store when he was shot in broad daylight by the suspect in the head and fled away onboard a motorcycle.

The gunman was wearing gray t-shirt, black pants, black cap, and green handkerchief to cover his face while the other male suspect was wearing black helmet.

The victim was brought to Lipunan Hospital, but he did not get there alive.

Pontillas earlier said the possible motive of the crime is personal grudge, pointing out that the victim allegedly owed someone money.