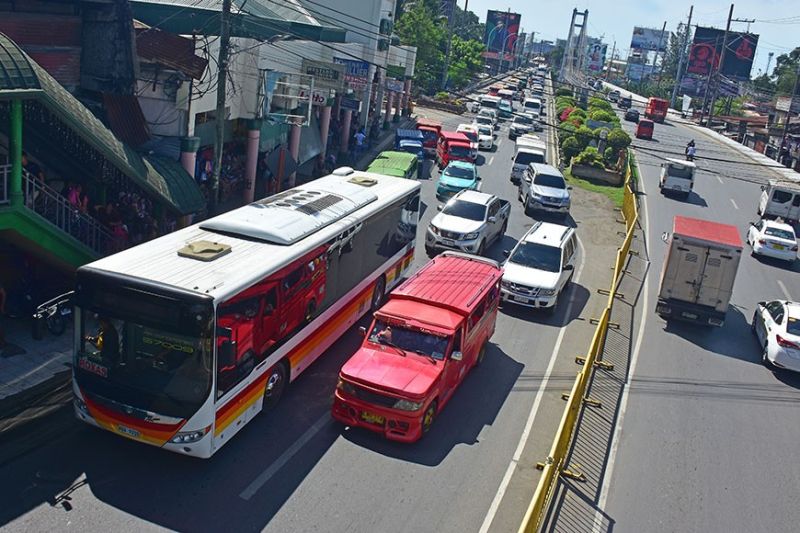 MAJORITY of the Dabawenyos are unaware of the High Priority Bus System (HPBS), according to a citywide survey conducted by a private university.

According to the 12th series of City Wide Social Survey (CWSS) of the Ateneo de Davao University (Addu)-University Research Council (URC), which was publicly presented Wednesday, December 11, only 34 percent of Dabawenyos are aware of the HPBS implementation, leaving 66 percent unaware.

Addu-URC chairperson Lourdesita Chan said the survey was conducted on October 25 to 29, with 528 adult respondents in all three districts in the city.

Chan said they have yet to break down whether the surveyed individuals are from areas covered by the routes designated for the HPBS or the Peak Hour Augmentation Bus System (Phabs).

She added no follow-up questions were asked as to where these individuals got their information on the HPBS.

Meanwhile, 43.6 percent of those who were aware "agree" with the implementation of the new bus system in the city.

Also, 83 percent of them responded that it is beneficial to the city.

However, Land Transportation Franchising and Regulatory Board - Davao Region (LTFRB-Davao) director Armand Dioso said the survey result is contradicting to their own observations as a bus system has been a public clamor since then.

"If you would base it (through social media), makita nimo ang clamor sa riding public (the clamor of the riding public is evident)," Dioso told SunStar Davao in a phone interview.

The official also said based on the survey conducted by the City Transport and Traffic Management Office (CTTMO), majority of the Dabawenyos wanted bus as the city's main transport system.

CTTMO, from February to May this year, conducted a survey during the implementation of Phabs, wherein 1,200 Phabs passengers and 1,200 PUJ passengers in PUJ terminals were conducted.

For the question "Are you in favor of having bus as the main transportation in the city over PUJs?" the survey showed that 93 percent from Phabs passengers are in favor, while 72 percent from the PUJ riders agreed.

When passengers were asked if they are willing to pay high fare for a comfortable and safe bus riding, 78 percent of Phabs passengers and 66 percent from the PUJ riders agreed.

Phabs was issued early February to accommodate the lack of public utility vehicles (PUVs) operating in areas of Toril and Catalunan Grande. New routes such as in Panacan/Lasang, Cabantian, Buhangin, and Calinan were added after receiving complaints from their office and through social media due to lack of public utility jeepneys (PUJs) in mentioned areas.

Assistant City Administrator Tristan Dwight Domingo recently said that the HPBS will commence in 2020 following the project grant, with a total amount of P18.66 billion, was alloted by the National Economic and Development Authority; and P100-million fund approved by the City Council in August.

HPBS is a mass transportation modernization program of the city aiming to address its worsening traffic situation.

Mayor Sara Duterte-Carpio had previously said more than 7,000 public utility jeepneys will be replaced with more or less 1,000 buses.