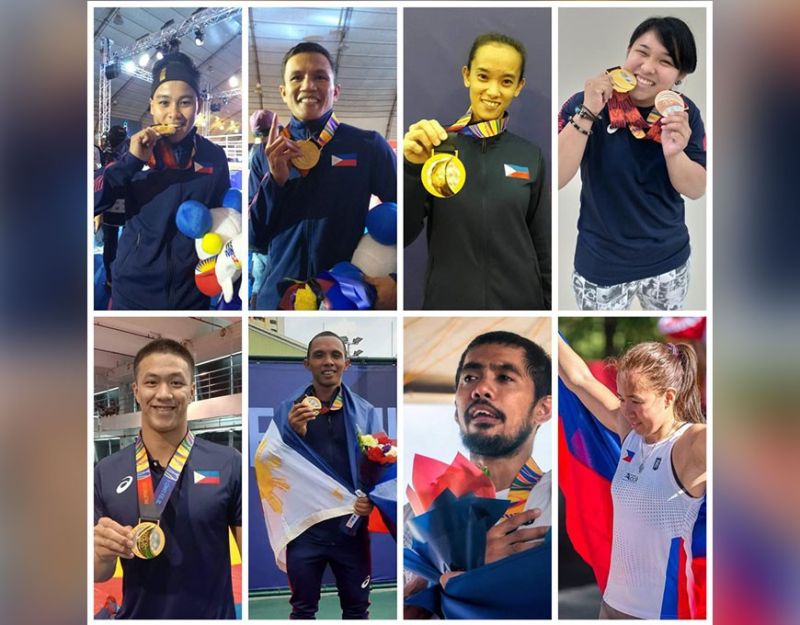 MANILA -- The gold medal from Gilas Pilipinas, which came after a rousing 115-81 win over Thailand in their men’s basketball championship match at the jampacked Mall of Asia (MOA) Arena here Tuesday evening, December 10, capped the Philippines’ historic top overall finish with a total of 149 golds, 117 silvers and 119 bronzes as of 6 a.m. yesterday in the 30th Southeast Asian (SEA) Games that came to a festive close at the New Clark City in Capas, Tarlac Wednesday, December 11.

Philippine Sports Commission (PSC) chairman William “Butch” Ramirez, in a statement, lauded the Filipino athletes. “We were all hoping and praying for this, but it is still a sweet surprise that it is actually happening. I am so proud of our athletes. All of them deserve our respect and love,” he said.

Ramirez was also the PSC chairman and chef de mission when the country last hosted the biennial meet in 2005 wherein the hosts harvested a total of 112 golds, 85 silvers and 93 bronzes.

He earlier enjoined Filipinos to cheer for the athletes instead of applauding some setbacks in the hosting preparations.

Filipino-Japanese Mariya Takahashi, 18, meanwhile, defended her women’s judo 70 kg gold at Laus Group Events Center. She first won the SEA Games gold in 2017 in Kuala Lumpur, Malaysia when she was only 16. Her mother Lynlyn’s birthplace is Maragusan, Compostela Valley (now Davao de Oro) while father Tomoki is from Japan.

But Takahashi, born in Japan, spent her first and second grades in Panabo City where they also resided for a few years before settling for good in her father’s home.

She added a bronze in women’s judo team category.