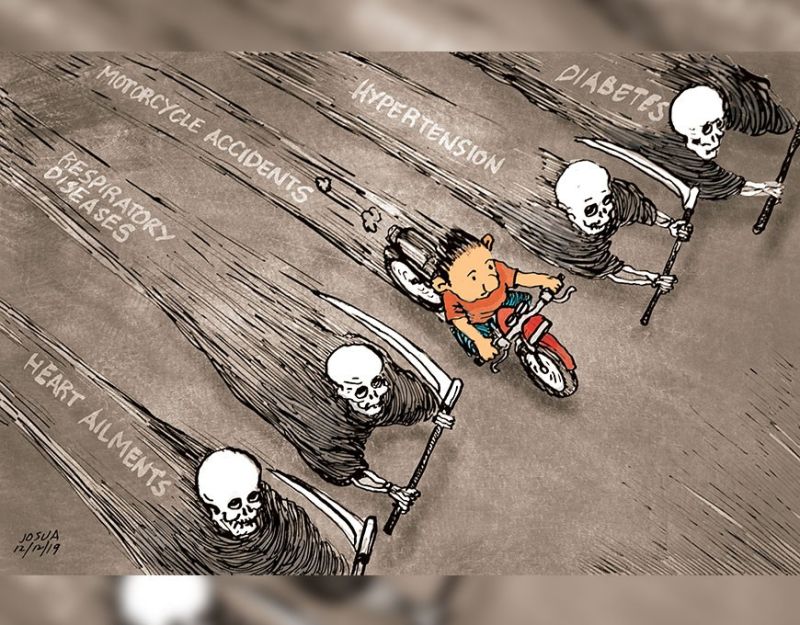 IN the jar of life, you can still cram with sand the space the stones and pebbles leave. It’s a lesson in making priorities; last into the jar will be stuff you can live without. Well, that goes for the jar of life, some lesson you don’t dare apply in our highways.

Local manufacturing firms have secured technical licensing agreements with foreign brands for domestic sales. Recently, Chinese and Indian brands are looking at our markets with gusto, intending to establish local plants for the Philippine buyers. Facilitating acquisition is easy access to credit.

In 2017, the Philippines secured the top spot as the fastest-growing market in the Southeast Asian region. More recent figures will most likely show we are still up there in sales. The Motorcycle Development Program Participants Association, the Philippines’ biggest motorcycle industry association, earlier said the local industry will continue to grow as the economy improves.

Of course, beyond what registers in the books are what one sees in the daily grind of city traffic. Look at the volume of motorcycles competing for space in our metro streets. Notice the increasing risk of motorcycles cutting across and weaving their way through traffic, some of them literally courting death. And how often do we see accidents involving motorcycles on a daily basis?

A 2018 record from the Philippine Statistics Authority shows that 69 percent of transport incidents nationwide involved motorcycle-related injuries. More than half of the vehicles nationwide are motorcycles. Of the 8.7 million vehicles registered with the Land Transportation Office in 2015, 4.8 million were motorcycles.

What is even more alarming is that motorcycle accidents just recently popped out among the top 10 leading causes of deaths among Filipinos, ninth to be exact, according to LTO records. It now ranks among hypertension, diabetes, heart ailments and respiratory diseases. Needless to say that the bulk of the motorcycle-related deaths were due to non-use of helmets.

While motorcycles largely help the country’s working class in terms of increased mobility, government and the industry seem to be failing in their grasp on the growing complexity that the increasing volume is causing, not only in transportation, but also in the health and well-being of citizens.

Meanwhile, an inter-agency technical working group on motorcycle taxis is pushing for a six-month extension of the test run while it includes new players. The pilot run is supposed to end on Dec. 26, 2019.

Decisions must be made from a deeper understanding of the implications of opening the roads to more motorcycles. It appears that the industry’s unprecedented growth had outran policy.