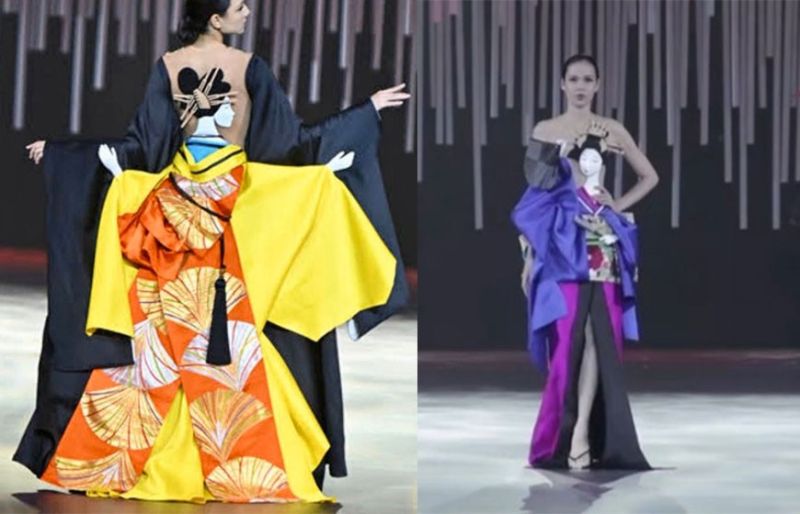 FROM the glamorous runway of Taguig, Manila where fashion creations and gowns converge to an event dubbed Red Charity Gala 2019 last October, the fashion for a cause event tailored to the Japanese-inspired collection by Cary Santiago is on display at the Mountain Wing Atrium of SM Seaside City Cebu beginning Dec. 12 until Dec. 29.

Cebu’s pride and internationally renowned Filipino designer Cary Santiago and SM Seaside City Cebu proudly bring to the Cebuanos a glimpse of excellent designs made by Santiago himself.

The exhibit dubbed Japonism by Cary Santiago features modern and contemporary designs of Japan’s national dress, the kimono. The design inspiration of kimono is adorned with moving impressions of geishas.

Cary Santiago is the creator of gowns worn by Miss Universe 2019 top 20 finalist Gazini Ganados, one of his creations being the “The Phoenix Gown” that won “Best in Long Gown” during the Binibining Pilipinas 2019 competition last June as well as the designer behind Ganados’ Philippine eagle-inspired national costume during the Miss Universe 2019 pageant making her the winner of the National Costume competition.

Early this year in August, an exhibit by Cary Santiago and SM Seaside City highlighted the inspiration of winged creatures in ternos mounted at the Mountain Wing Atrium dubbed “The Aviary: the Work of a Master.” (PR)