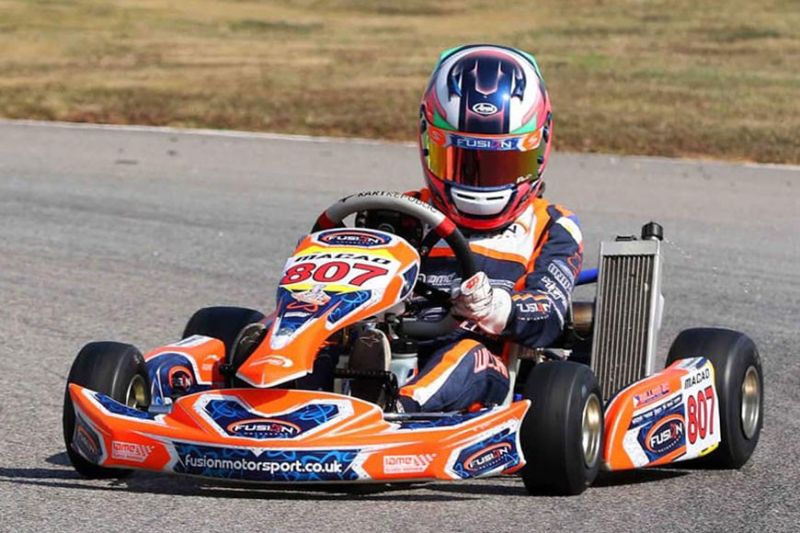 HIS STORY Is HISTORY. William John Riley Tiu Go on his way to another first place finish in the Macau Round 4 of the Asian Karting Open Championship. Go won the overall title (inset), his third overall championships for the year. (Contributed Photo / Bong Boado) 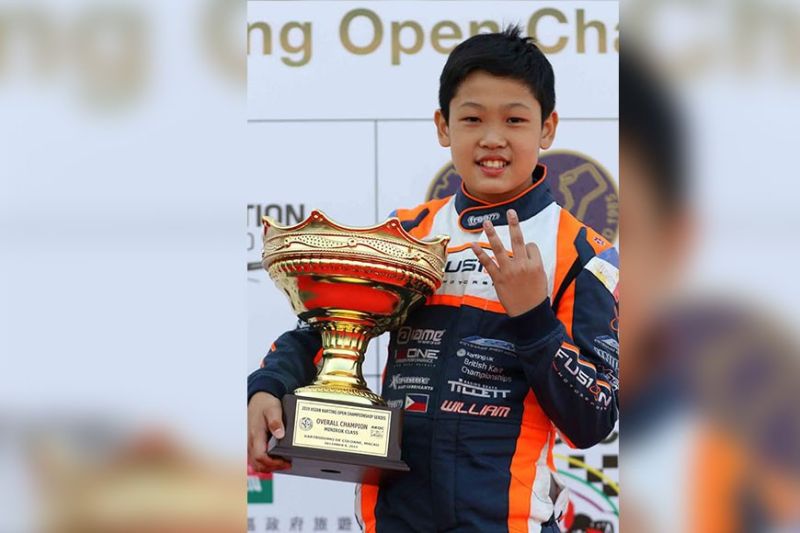 HIS STORY Is HISTORY. William John Riley Tiu Go on his way to another first place finish in the Macau Round 4 of the Asian Karting Open Championship. Go won the overall title (inset), his third overall championships for the year. (Contributed Photo / Bong Boado)

WINNING one overall title in an international racing circuit is a rare achievement. Winning two in the same year puts you in a rare field.

Winning three will leave long-time observers of Philippine motor sports asking themselves, has this happened before?

Cebuano racing prodigy William John Riley Tiu Go, who is already one of the top racers in Southeast Asia, further solidified his stock as one of the best in Asia after winning the Mini ROK division of the Asian Karting Open Championship with a dominant showing in the Macao leg on Dec. 8-9, 2019.

Go earned 24 points in the Macau round to finish the season with 199, 58 points clear of second placer Enzo Yeh of China. Yan Yu, also of China, got third place with 66 points.

Melwin William Tan of the Philippines finished at fourth place with 51 points, while Quinten Lu of China got fifth place after also tallying 51 points.

So dominant was the Cebuano karter in the four-leg tournament that the overall title was already his as early as the third leg after earning a total of 175 points.

He got 55 points in the first leg in Beijing on April 27 and 28 and got a perfect 60 each in the second round in Macau on June 29 and 30 and the third round in the Philippines on Sept. 21 and 22 to blow away the competition.

In the final leg, all eyes were on the Cebuano champion as the karters would all wait for Go before taking to the track in qualifying to know what his time would be since it would serve as the competition’s barometer.

Singapore and was the runner-up for the overall title in the ROK Cup Asia Zone.

Bong Boado, a long-time observer of the sport who has followed Go’s career closely, said what the Cebuano has done is unprecedented.

After competing in the Mini ROK division, the Cebuano racing prodigy from St. Benedict Childhood Education Centre is set to compete in the Junior division next year. (ML)