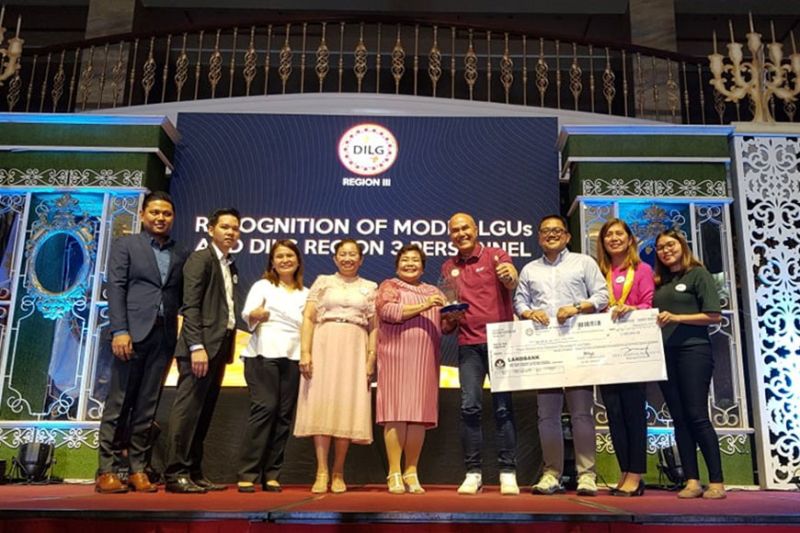 PAMPANGA. Mayor Cris Garbo and Mabalacat City officials flash the thumbs up sign after receiving the city's sixth Seal of Good Local Governance from the Department of the Interior and Local Government on Wednesday, December 11, 2019. (Contributed photo)

MABALACAT City Mayor Cris Garbo vowed to continue programs that contribute to good governance in order to better serve his constituents and investors in the city.

This came after the mayor received the city's sixth Seal of Good Local Governance (SGLG) from the Department of the Interior and Local Government (DILG) on Wednesday, December 11, at the Kingsborough International Convention Center in the City of San Fernando.

Garbo shared the award to the City Hall employees and the people of Mabalacat.

"I thank our fellow city officials and local government employees for working hard to serve our people with utmost sincerity. This award is for you, you our Kabalens are our inspiration," he said.

City Planning and Development Officer Rosan Paquia, who accompanied the mayor during the awarding, said Mabalacat is the only local government unit in Central Luzon who earned the award for six consecutive years.

"Our mayor said that services to the people of Mabalacat City will continue," Paquia said.

SGLG is a mechanism that gauges the performance of LGUs and provide incentives to the awardees in terms of monetary grants.

LGUs must pass these seven areas in order to be worth of the seal.

Paquia said the City Government has been guided by these governance areas set by the DILG.